The Pokken Tournament Championship Series will officially begin at select Gamestop stores on February 27th, which is “Pokemon Day.” Players who attend will learn how to play the game, duke it out, and then the winner of each age division will progress from there: 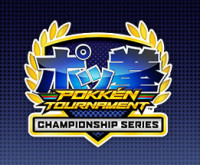 The following Gamestop stores will host the competitions on February 27 from 11 AM to 5:30 PM local time:

Furthermore, a new trailer for the game was just released: