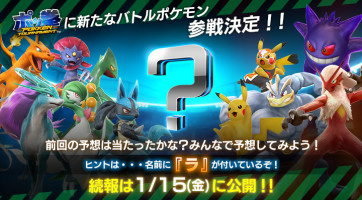 The official Pokken Tournament website and Twitter have revealed that a new playable fighter will be revealed next Friday, the 15th.

Pokken Tournament will be released in Japan on March 18th for Wii U.