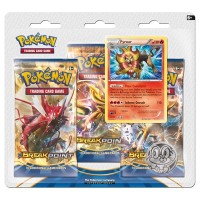 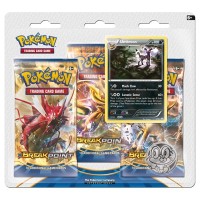 And finally the last BREAKpoint product!

The 3-pack blisters for BREAKpoint will feature either a galaxy holo reprint of Pyroar from Phantom Forces or a new Umbreon XY96 promo. In Japan, Umbreon was awarded to winners of the Umbreon Night Battle Gym Challenge tournaments in June (along with an All-Night Party promo, though who knows when we’ll get it?). Thanks goes to Andrew for the above image!

[D][C][C] Lunatic Sense: 60+ damage. Turn 1 of your face down Prize cards face up. If that Prize card is a Pokemon, this attack does 60 more damage. (That Prize card remains face up for the rest of the game.)