The logo for BREAKpoint has been revealed. As posted multiple times, the set will be released in America on February 3rd and in Japan on December 11th as Rage of the Broken Sky. For more details on the English set, check out this news story.

Also “releasing by” February 3rd will be a BREAKpoint Collector’s Album featuring Luxray. It’ll hold 60 cards, come with a booster pack of the set, and retail for $4.99. And of course we’ll also get an Elite Trainer Box with the typical goods, themed after shiny Mega Gyarados. 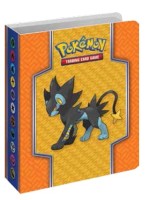 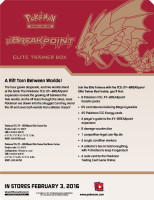