Our good friend Gin from Sunyshore as well as Fortune34 from Reddit finished watching the Hoopa movie in Japan a few hours ago and are both reporting that what could be another new Pokemon appeared in the teaser for next year’s movie.

Gin describes the potential Pokemon as green, blob-like, and having one eye larger than the other. It appeared right before the large Pokemon we saw revealed in CoroCoro, popping out of the “O” in “Pokemon,” and bouncing around the screen. Fortunate34 says the “Pokemon” didn’t make any sounds as it bounced around and wasn’t very detailed – saying it was “just a blob” – so they’re not sure if it was actually a Pokemon or something else entirely. So we’ll have to wait to see what the deal is, it seems.

The sketches below from Gin are preliminary based on the “Pokemon’s” brief appearance, so they won’t match its final design. But they should give you a general idea of  what it looks like. The photo of the giant Pokemon, revealed earlier in CoroCoro, comes from Fortune34. 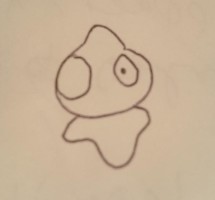 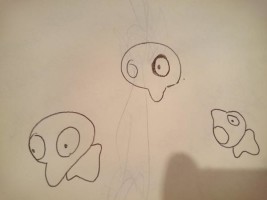 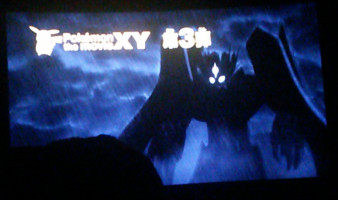