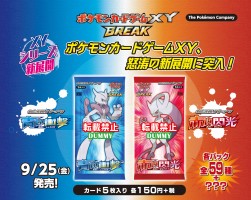 The image above also touts a “New Development for the XY Series.” It turns out the name of Japan’s next set block will actually be “Pokemon XY: BREAK.” The whole “Break Evolution” keyword we posted the other week might in fact be whatever mechanic the sets are bringing to the TCG (as “Evolution” does not appear on the above image anywhere, meaning it must be the actual mechanic). As such, the full names of the sets are “Pokemon XY BREAK: Blue Impact” and “Pokemon XY BREAK: Red Flash.” Since Emerald Break introduced the whole quick Evolution thing, could it somehow be a hint to what these sets will be bringing? 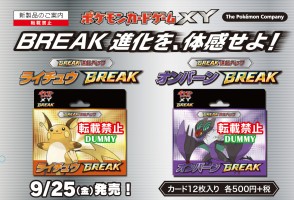 And of course releasing alongside the set are the usual deck box, card sleeves, and a “Card Box” with 45 Energy cards (five of each), card dividers, and five “special cards.” The Energy cards will feature a brand new design! The card box will be able to fit over 250 sleeved cards and will cost 500 yen. Thanks goes to Michael S. for all the translations! 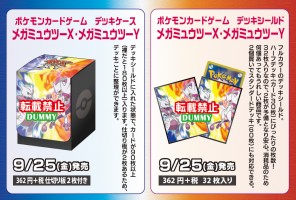 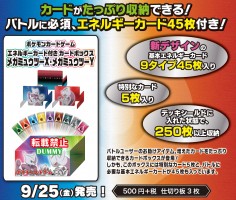