As expected, Hoopa Unbound has been revealed in this month’s CoroCoro as the “surprise factor” for The Archdjinn of Rings – Hoopa. The magazine also revealed that the Legendary Pokemon to be distributed with the movie are Kyogre, Groudon, Dialga, Palkia, Giratina, and Kyurem. As stated a few months ago, you can download the Pokemon when you preorder tickets to the film and take your tickets to participating stores such as Pokemon Centers. 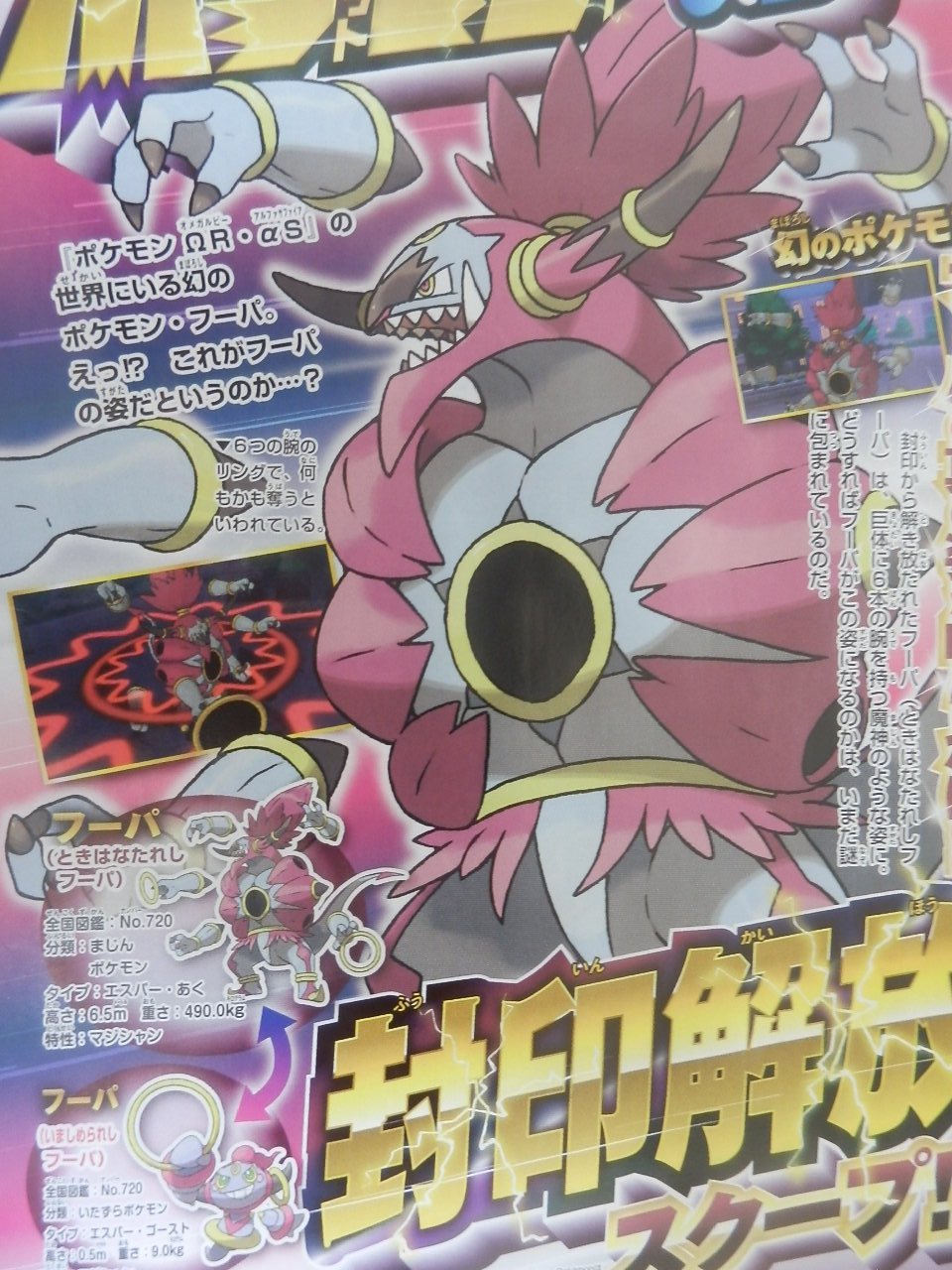 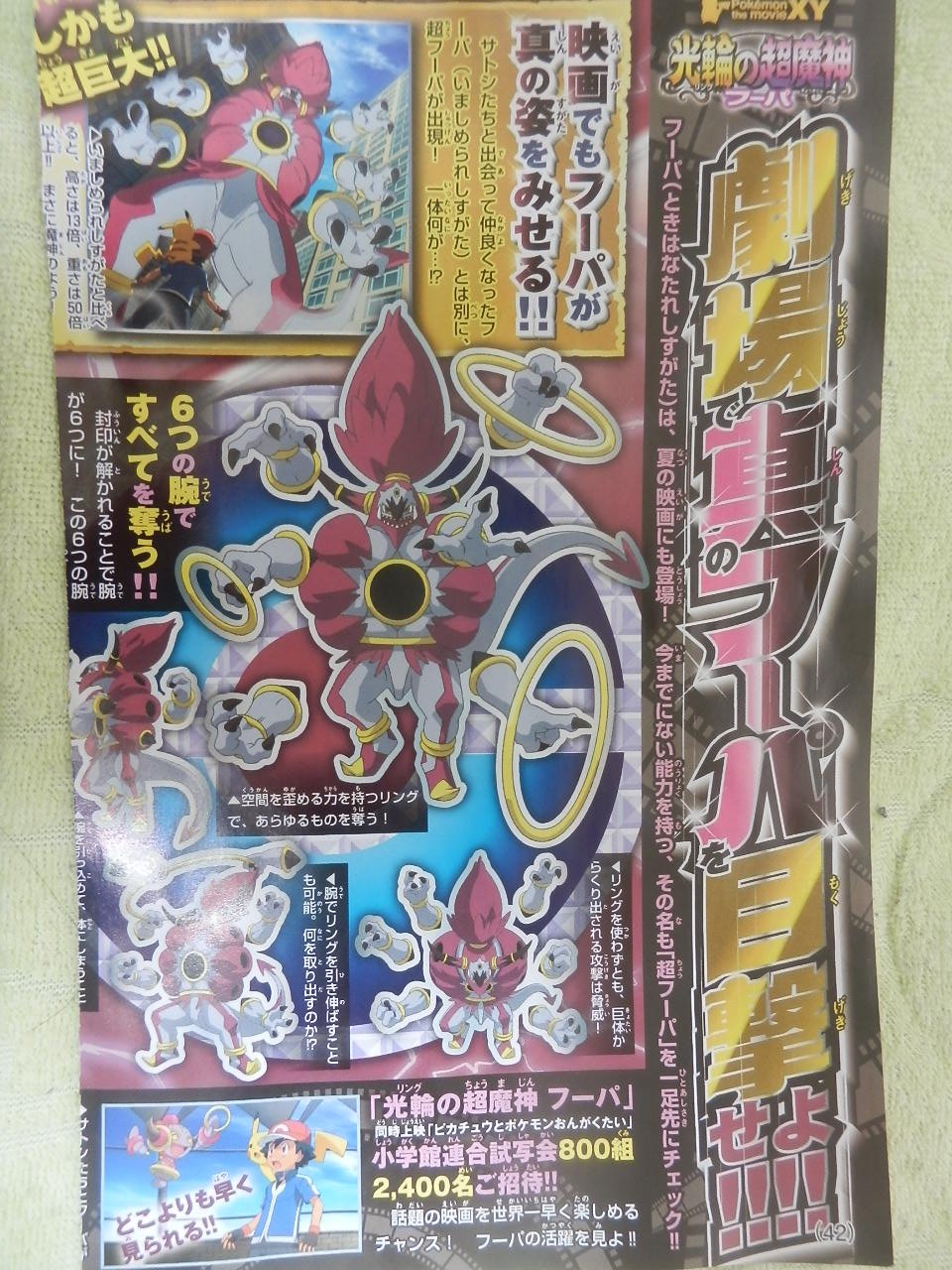 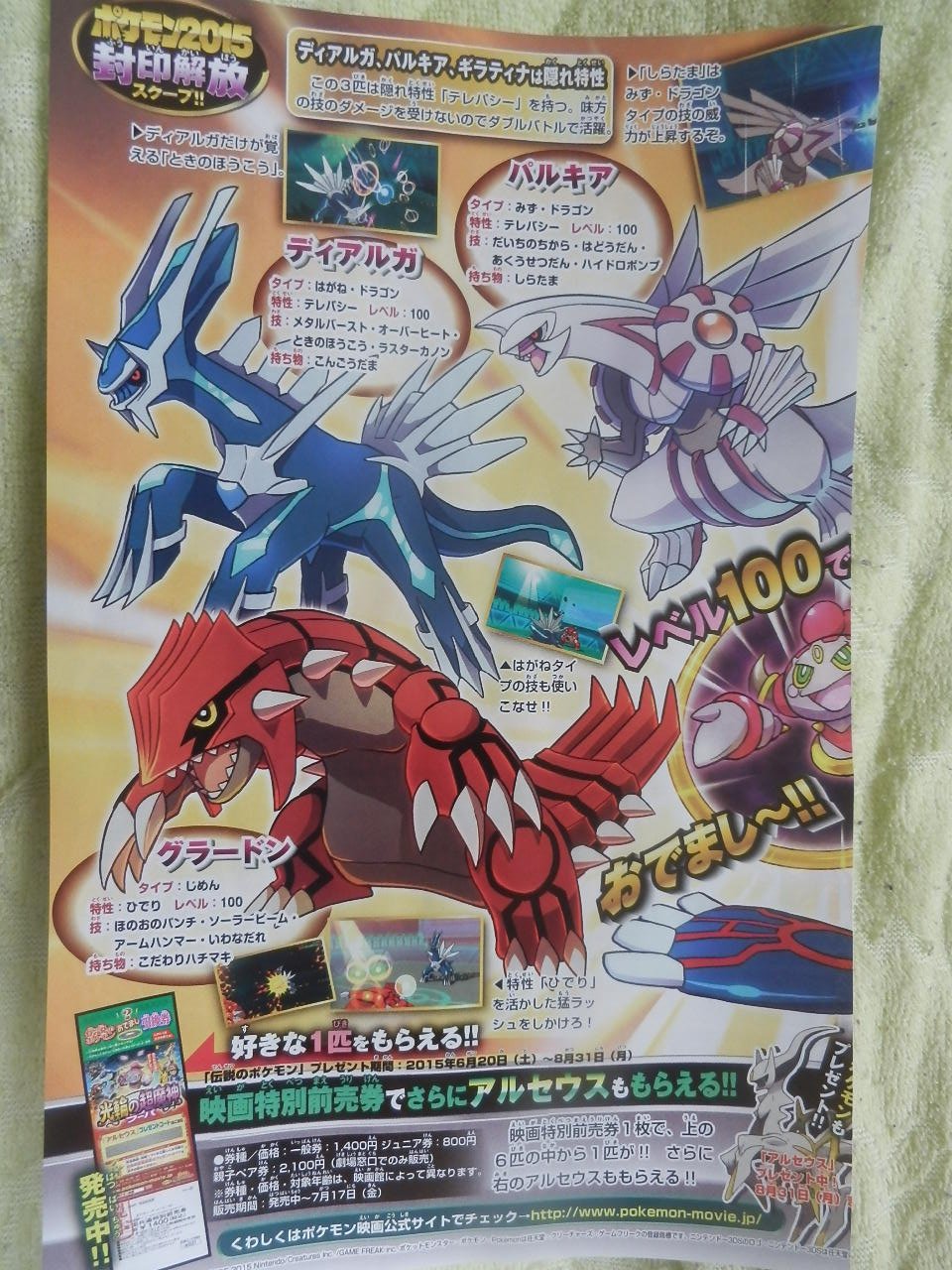 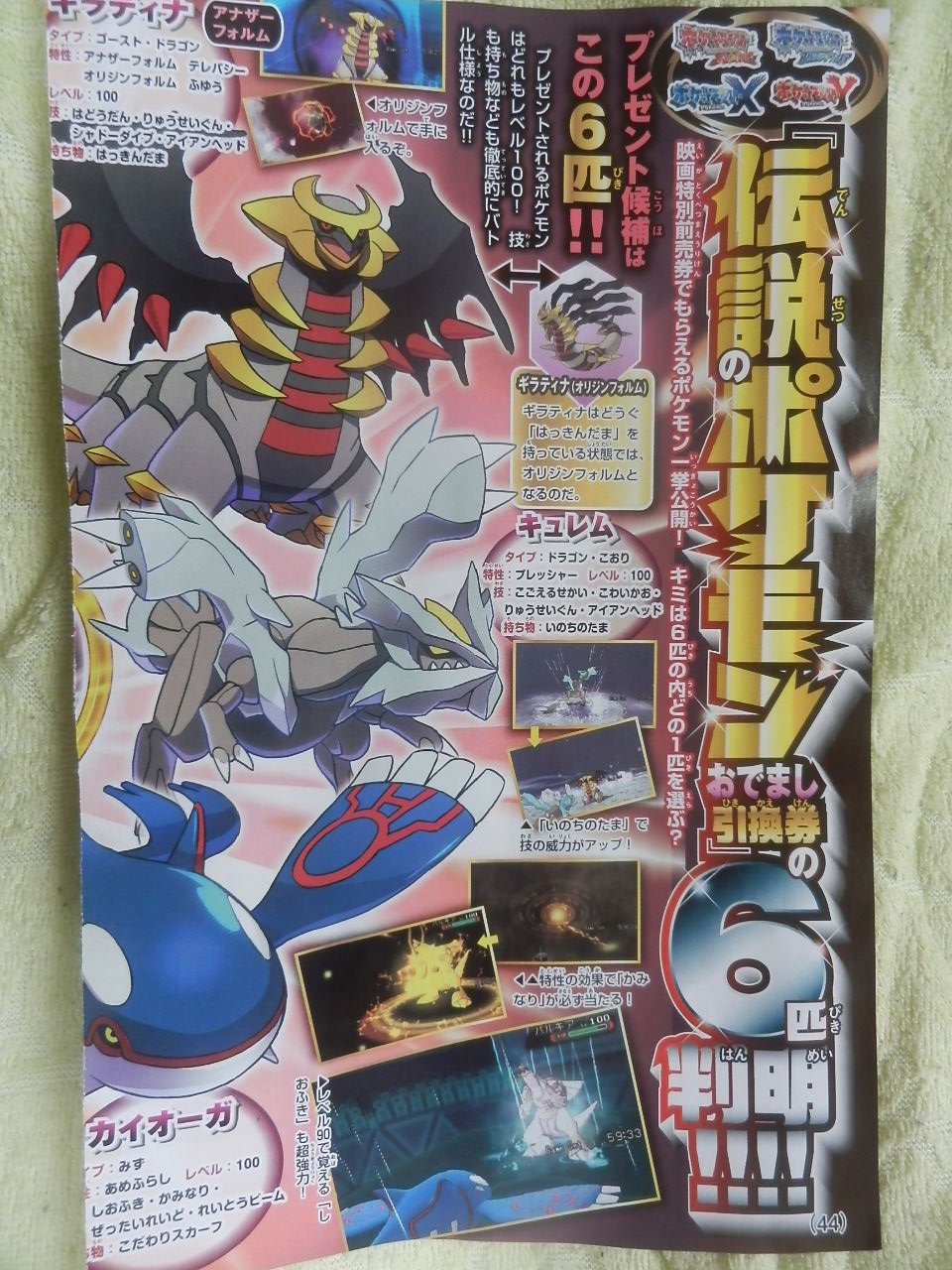 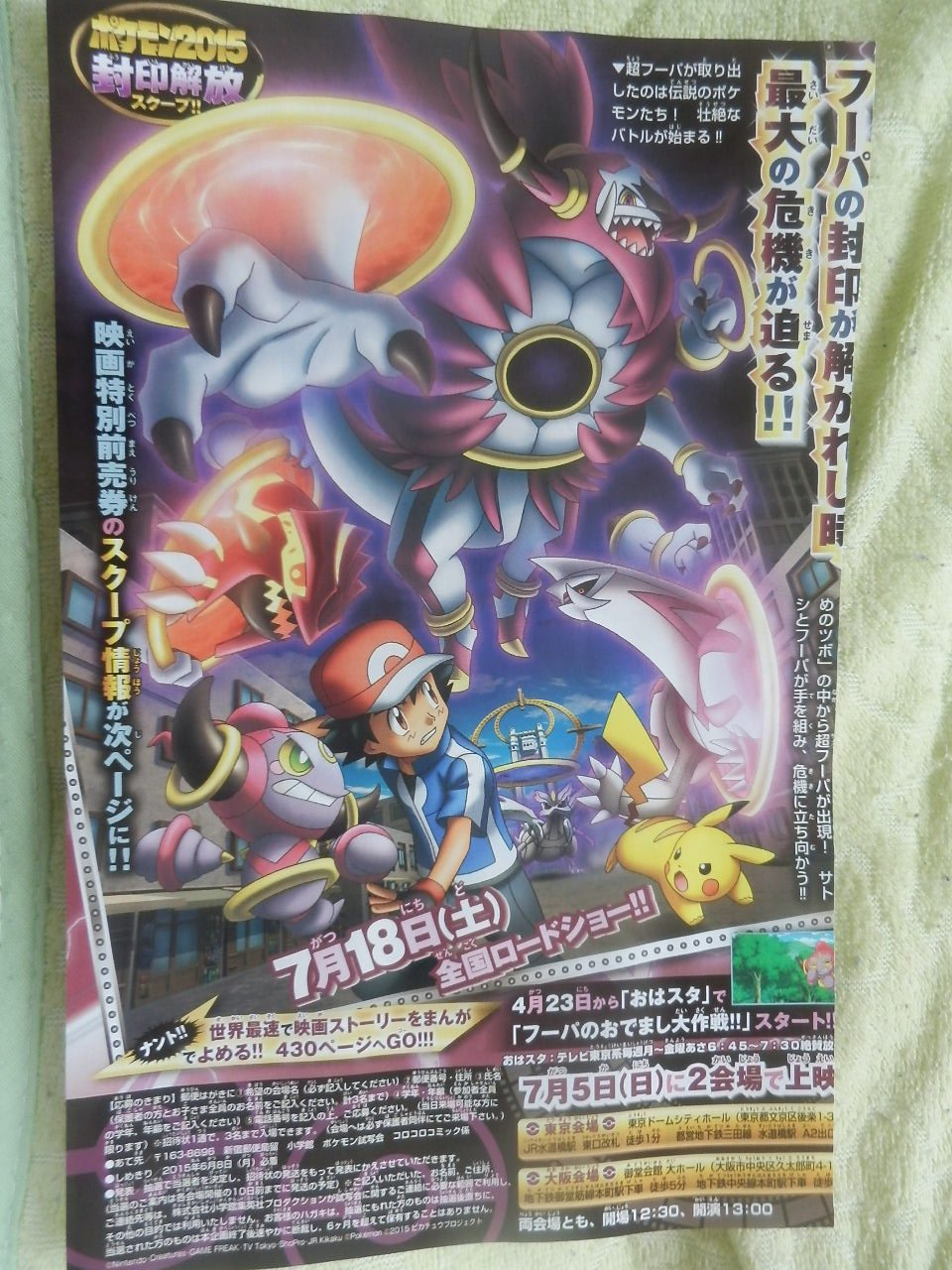