Pokemon’s YouTube channel has posted the first English teaser trailer for The Archdjinn of Rings – Hoopa, which will be titled Hoopa and the Clash of Ages in English. The trailer is an exact dub of the one that aired in Japan on March 5th. The English film will debut on Cartoon Network later this year and will run for 70 minutes. Last year, the first English trailer for the Diancie movie was also revealed in April, so this will probably become a trend.

The Mythical Pokémon Hoopa is the star of Pokémon the Movie: Hoopa and the Clash of Ages! When Ash, Pikachu, and their friends visit a desert city by the sea, they meet the Mythical Pokémon Hoopa, who has the ability to summon things—including people and Pokémon—through its magic ring. After a scary incident, they learn a story about a brave hero who stopped the rampage of a terrifying Pokémon long ago. Now, the threat that has been bottled up for years is in danger of breaking loose again! Can Ash help his new friend overcome the darkness within…or will a dangerous secret erupt into a clash of legends? 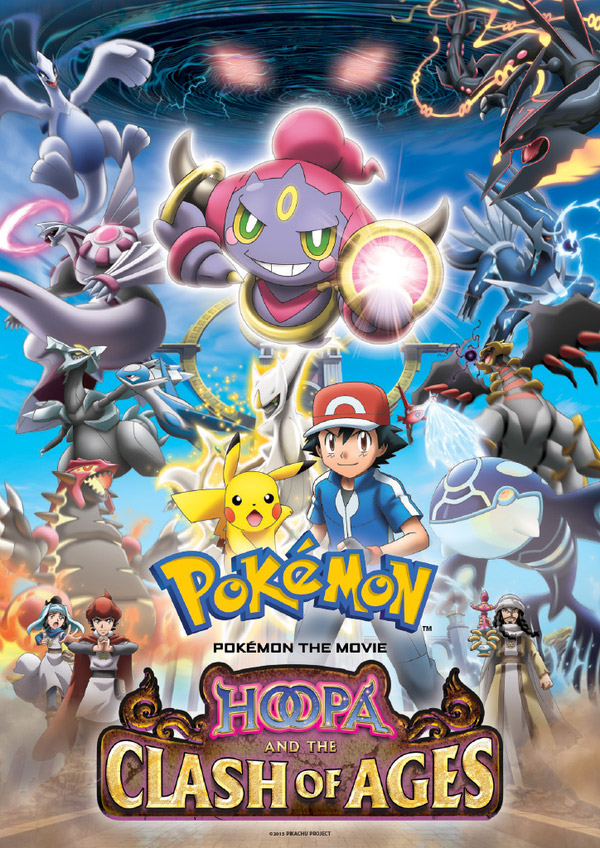