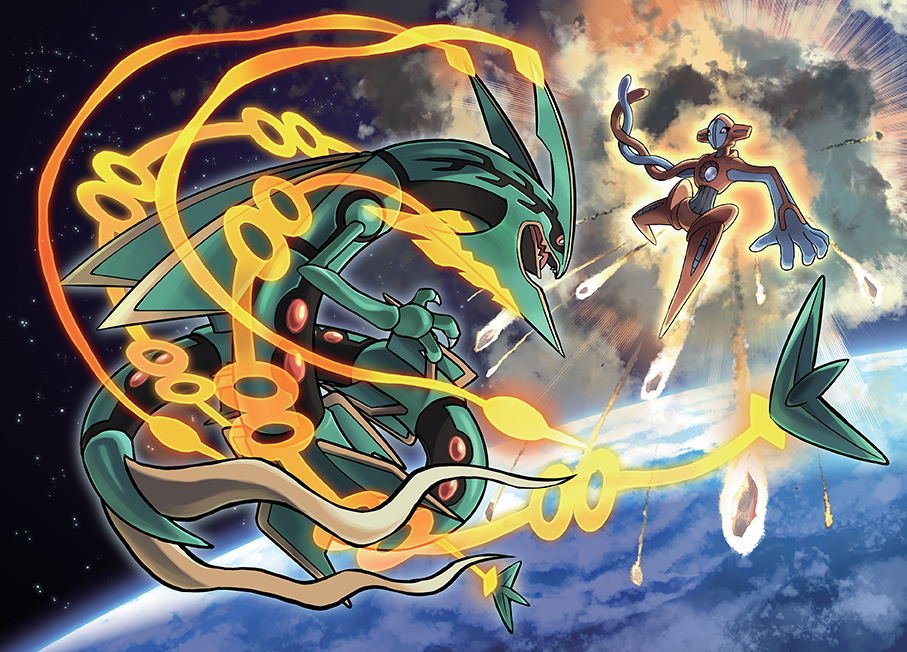 We’ve received exclusive information that the next English set will be named Roaring Skies. It will hit store shelves on May 6th and will contain over 100 cards. The set will feature a horde of Dragon-type Pokemon and will be themed after the sky and “the edge of space,” of course in reference to the Delta Episode.

We can confirm that the set will include M Rayquaza-EX, M Latios-EX, Thundurus-EX, Hydreigon-EX, Deoxys, Dragonite, and Zekrom. There will be 11 new Pokemon-EX, including 4 Mega Evolution Pokemon.

Roaring Skies will be the English equivalent of Emerald Break, releasing in Japan on March 14th. We know very little about the set so far aside from this news story, but that will probably change in the next few weeks.

To discuss Roaring Skies, check out this forum thread!