A teaser poster for movie 18 has been revealed in CoroCoro, featuring Primal Kyogre, Primal Groudon, Mega Rayquaza, and a portal. The movie will premiere in Japanese theaters on July 18th. No title has currently been revealed.

There is no doubt the film will focus on Hoopa and its “Hoopa Unbound” form: the movie’s description says there is a mysterious portal and something comes through it. As we’ve known since X and Y were released, Hoopa controls portals. It’s also the next event Legendary to be revealed and of course has its new form programmed into OR/AS, which also hasn’t officially been revealed.

A trailer for the movie will air later today on Japan’s Oha Suta TV show, and it will probably be uploaded to YouTube right after. Be sure to check back here later today to see it! 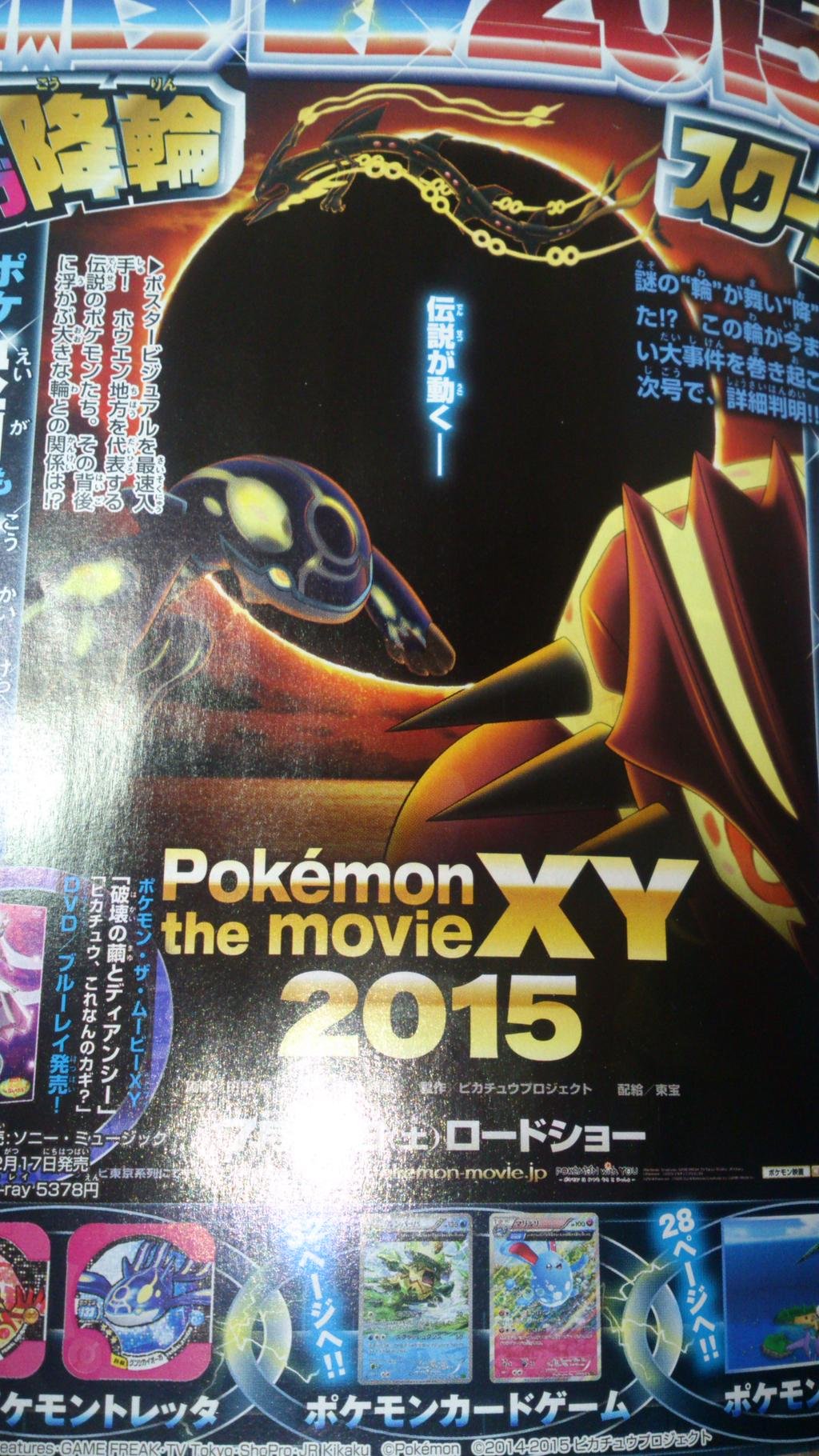