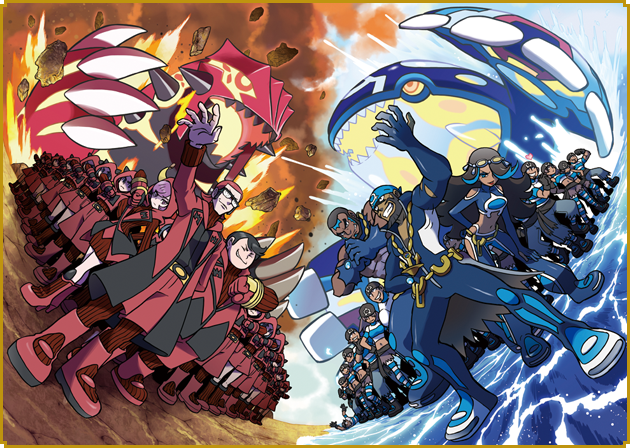 We can now exclusively reveal three upcoming products for spring 2015!

In addition to the Primal Groudon and Primal Kyogre Collections on March 4th, releasing on March 19th are a “Groudon Box Set” and a “Kyogre Box Set.” Each package will feature a jumbo card and holo card of one of the two Pokemon. Three booster packs will also be included.

Lastly, on April 29th, a “Latios and Latias Trainer Kit” will also hit store shelves and will feature holos of the two Pokemon in two 30-card decks. The package will come with a how-to-play guide, a playmat, a deck box, damage counters, a coin, and a TCG Online code card. The original EX Trainer Kits from 2004 featured Latios and Latias, so this is a cool callback to the Ruby and Sapphire era that the TCG is once again in.

To discuss this news, check out this thread on our forums!