In the same vein as last year’s Shiny Collection mini-set, a new Team Magma vs. Team Aqua Double Crisis mini-set will be released in Japan on January 30th! The set will contain 34 cards. Each booster pack will come with 6 cards for 186 yen and a guaranteed holo card. Going off the ad below and the name of the set, Camerupt and Sharpedo will be featured (and perhaps their Mega Evolutions?). This mini-set will obviously be an OR/AS-themed set.

On the same day, a Kyogre and Groudon deck box will be released with two Team Magma vs. Team Aqua Double Crisis booster packs and five Energy cards. It will cost 510 yen. The deck box is a “half box,” meaning it will only fit around 30 cards. Thanks goes to Franco T. for the translations! 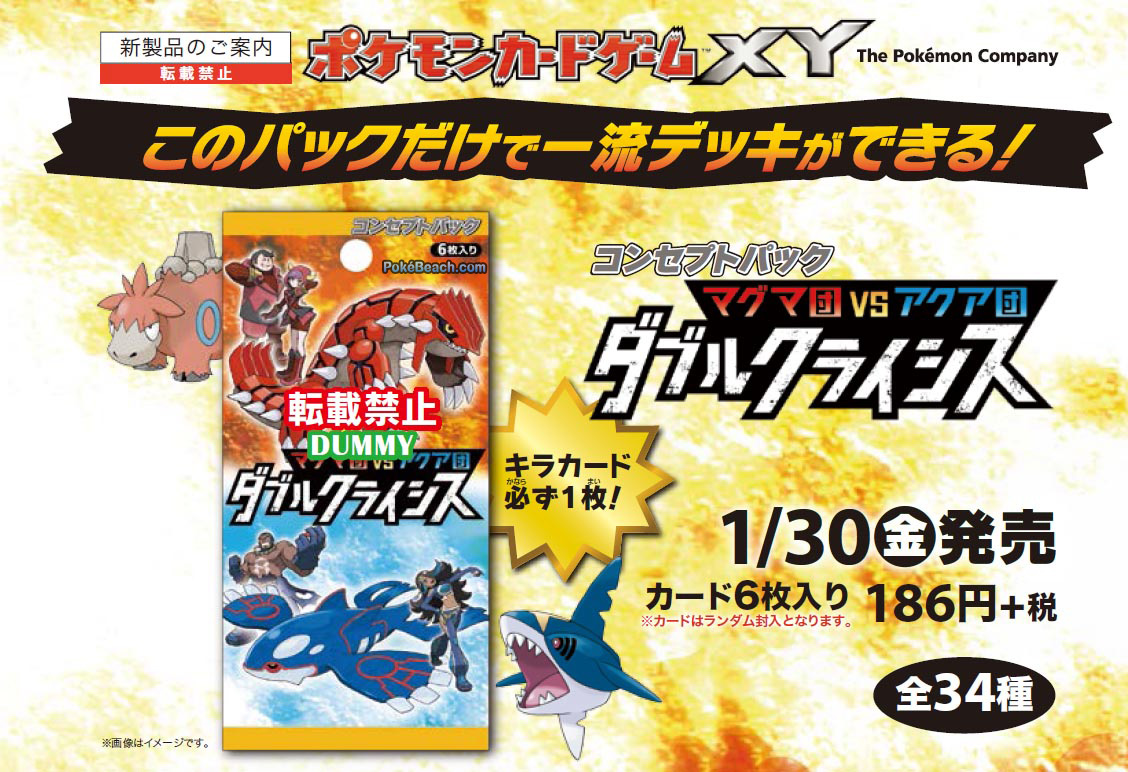 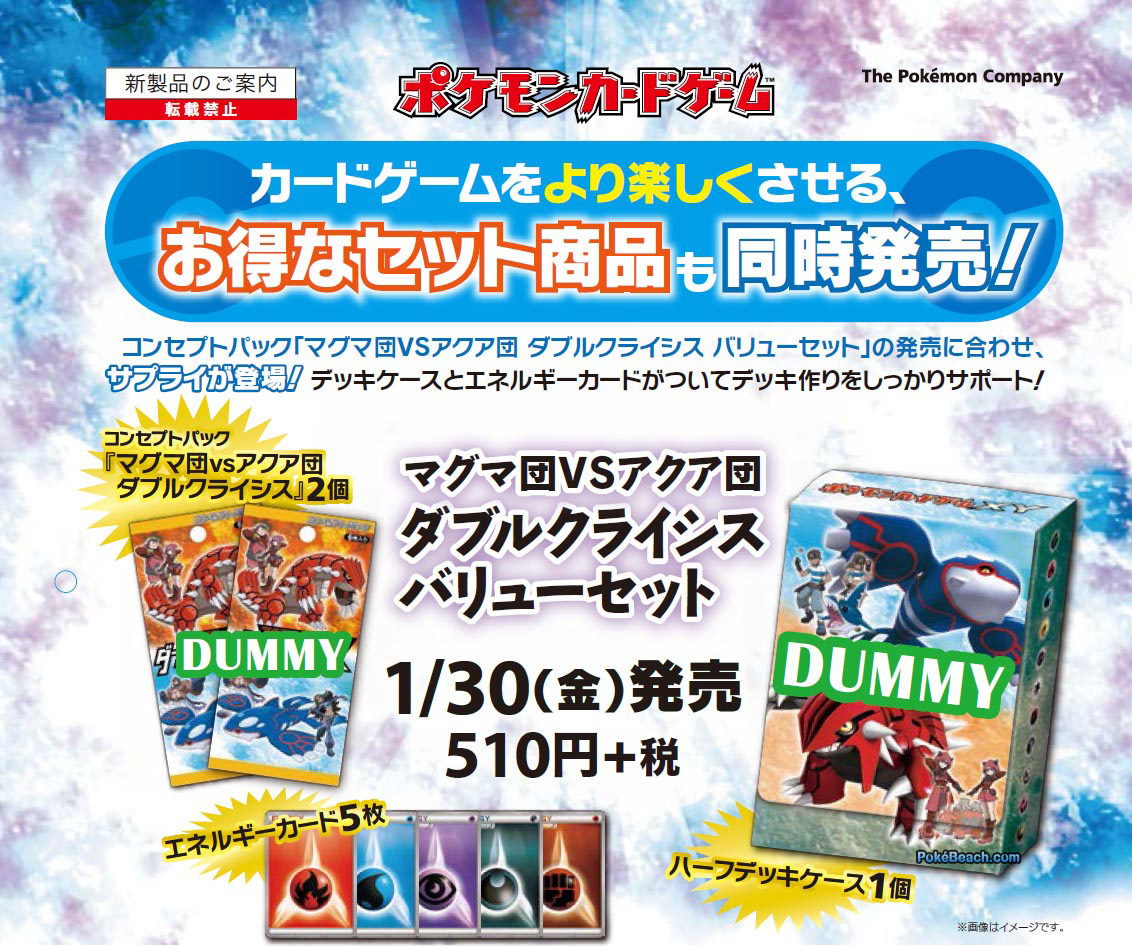