Although we saw this image earlier this week and chose not to post it (as to not spoil prereleases), it’s now propagated on to social media and is no longer a secret. As such, the set list for Phantom Forces has been leaked! The listing supposedly came from the Phantom Forces Collector’s Album, which some international stores are selling early, but we cannot confirm this for sure.

As usual I will post 100+ card scans from the set tomorrow night as the first international prereleases are taking place. Be sure to check back then! 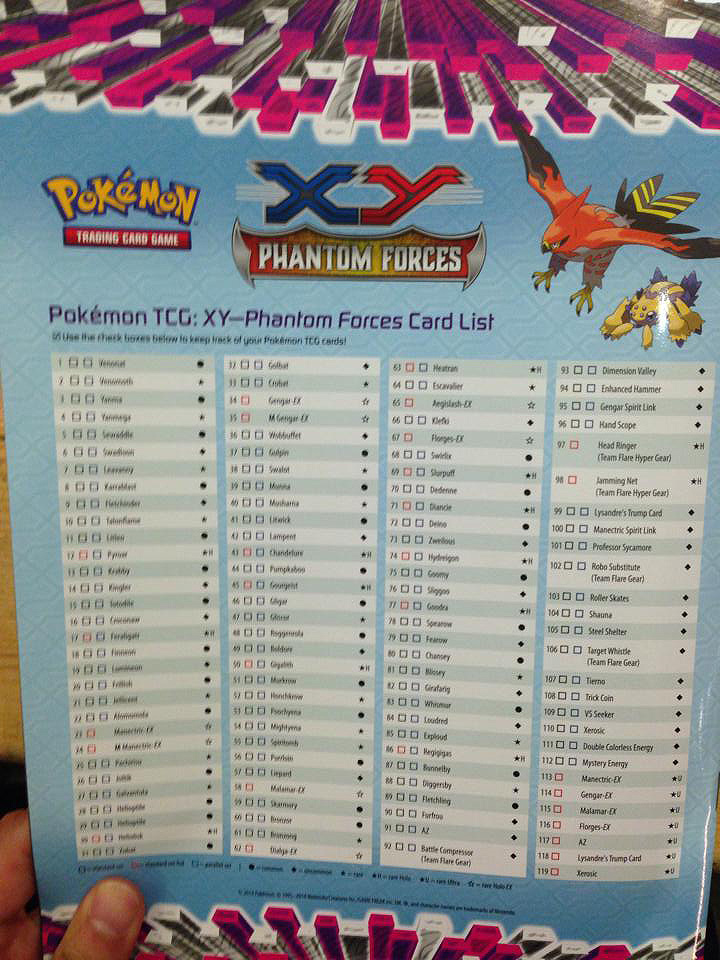