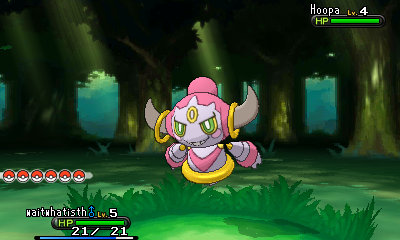 A few months ago we posted the dialogue from the hidden Hoopa event programmed in to X and Y, including this tidbit about Hoopa’s powers:

Its mysterious rings: “It’s said that Hoopa can use the power of the three rings it adorns itself with to move objects about as it pleases… That’s not all! I’ve also heard that when Hoopa unleashes its full power, the size of the rings can grow up to multiple miles in length! With such massive rings, apparently it can transport even entire islands!”

As we learned in last night’s news story, you can now ride on Mega Latios and Latias through the skies of Hoenn, allowing you to visit clouds and islands to capture some Legendary Pokemon.

If we also look at the artwork for the Legendary Pokemon from last night’s leak, you can clearly see Dialga, Palkia, Reshiram, and Zekrom are coming through portals that have gold rings around them. Furthermore, there appears to be a silhouette of a Pokemon within the portal next to Reshiram. The silhouette seems to resemble Hoopa or Diancie (it’s hard to tell for sure), though Diancie is getting a distribution right before these games come out and wouldn’t need to be caught in-game like the four other Legendaries. 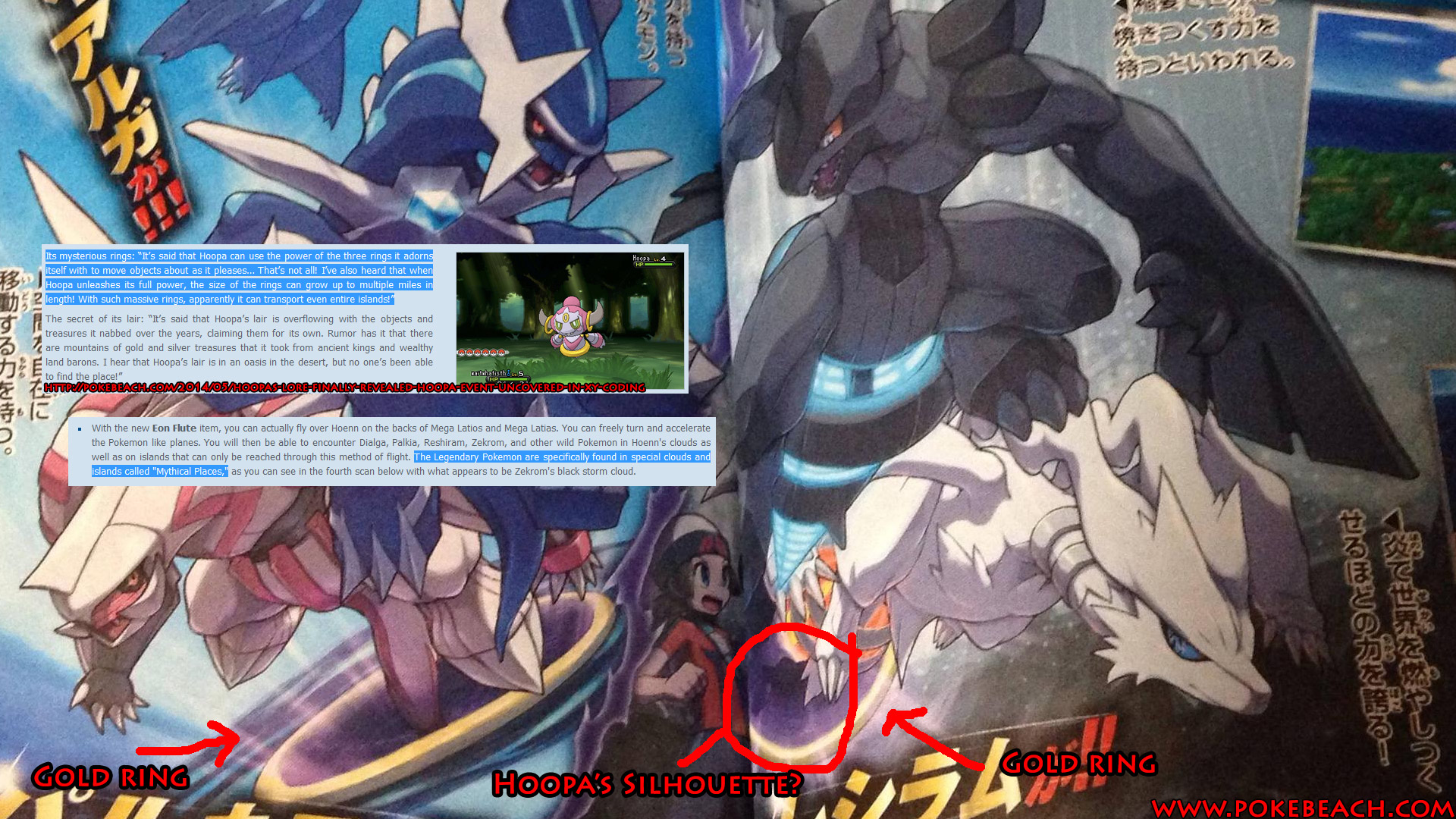 Furthermore, Palkia can control space, but in all of its franchise depictions it has never come through a portal that isn’t pink, let alone one with a golden ring around it. Is mischievous Hoopa pulling these Legendary Pokemon through its portals to the Hoenn region?

To speculate about this evidence, check out this thread on our forums!