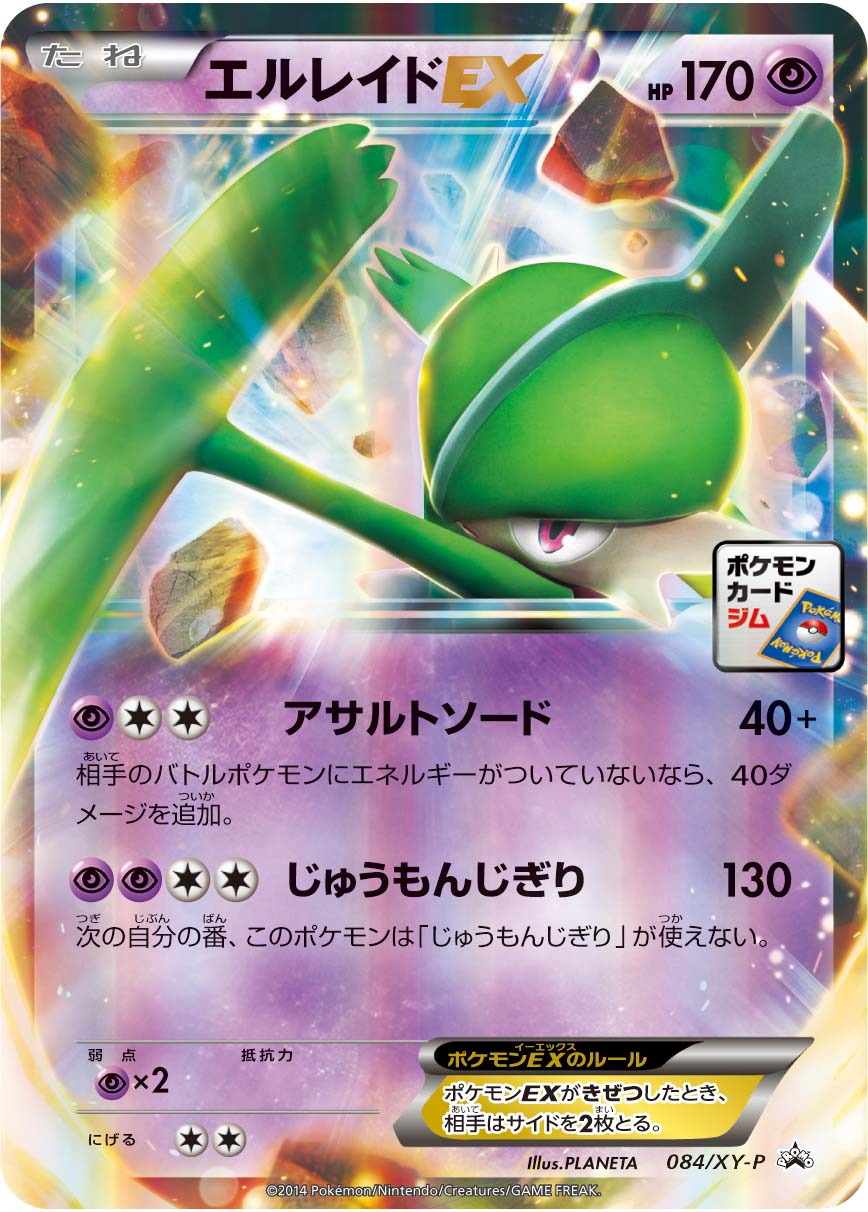 A large image of Gallade-EX has been uploaded to the official Japanese Pokemon TCG website following the promo’s initial reveal as a teeny-tiny image. Thanks goes to DorianBlack for the translation below! Gallade-EX will be included in promo booster packs given out to players at tournaments in Japan this October along with 11 other promo cards.