A metal case called the “Pokemon TCG Treasure Tin” will be released in November to celebrate the release of Omega Ruby and Alpha Sapphire! Each treasure tin will come with five booster packs, three holo Treecko, Torchic, and Mudkip “preview cards,” a coin, two sticker sheets featuring Legendary Pokemon (likely Primal Kyogre and Primal Groudon), a mini-album to store cards, a Pokemon notepad, and four pencils with unique Pokemon designs. This is a brand new product, so its pricing is currently unknown.

The holo cards are called “preview cards” in the product description, which is the same description that has been used in the past for cards being released ahead of an upcoming set or set block. In other words, the Treecko, Torchic, and Mudkip cards will most likely be “previewing” a new Omega Ruby and Alpha Sapphire set (undoubtedly releasing in February). Since Phantom Forces comes out in November when the ORAS games come out (and the set is not specifically promoting them), this ORAS TCG product is meant to “hold over” fans until a February ORAS set. 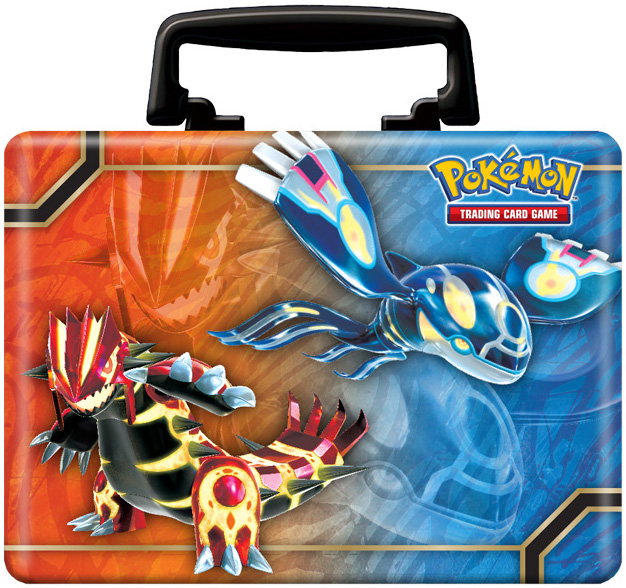