The new models will sport a new C-stick on the right side for dual analog control (based on the Gamecube’s C-stick), new shoulder buttons located next to the L and R buttons (called XL and XR), increased CPU and RAM, better battery life, a MicroSD slot, and screen sizes 1.2x larger than the originals. The new models will now make use of the camera to track your head movement, allowing for wider 3D viewing angles (instead of just having a small “sweet spot”). The bottom screen will also support NFC (near field communication), which will allow the systems to interact with the upcoming Amiibo NFC figures.

In terms of design, the buttons have been recolored to match the SNES controller colors. Like the Gameboy Micro, interchangeable face plates can also be used to change the look of your model. The game cart slot has also been moved from the back of the models to the front. 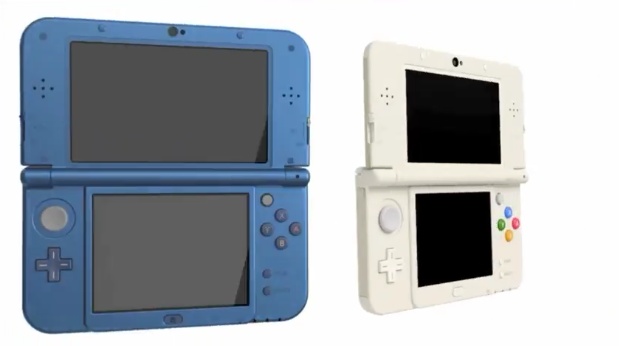