Pokemon has announced a new Wi-Fi distribution in National Geographic magazine! From August 13th to September 17th, players can download either Heracross or Pinsir to their X and Y games. Then from August 18th to August 31st, players can obtain a serial code from Gamestop to download the associated Pinsirite or Heracronite Mega Stones to their games.

No word yet on when Diancie will receive its distribution, but according to a recent press release, Gamestop will also be hosting a distribution for it in the fall (most likely around the release of OR/AS). Thanks goes to Serperior198 for this news! 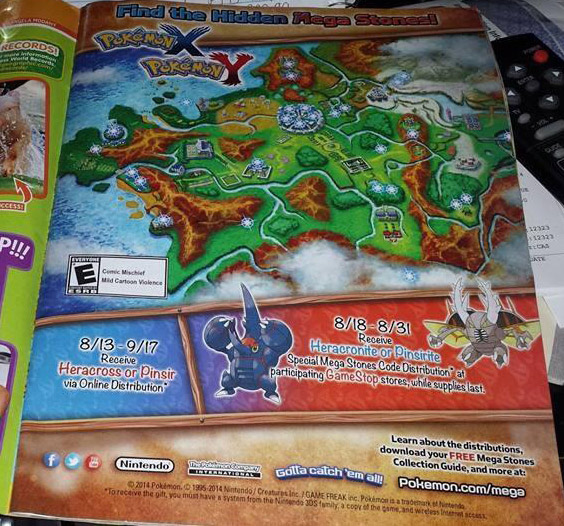