A new box featuring Garchomp-EX will be released in April with four booster packs, a Garchomp-EX promo, and an oversized version of the same promo. The promo was originally released in Japan this past December to those who bought $10 worth of TCG products from participating stores. 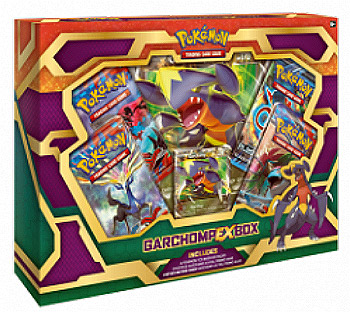