Diancie, the Legendary Rock/Fairy type, has officially been revealed in CoroCoro! It will star in the next movie, which is now titled The Cocoon of Destruction and Diancie. Next to Diancie is a description that reads, “In battle, it creates a bunch of diamonds from both of its hands to protect itself.”

In December, we posted some exclusive information about Diancie, Hoopa, and Volcanion that you can read here. We can now also exclusively reveal its Pokedex page from Pokemon Y, as you can see below. 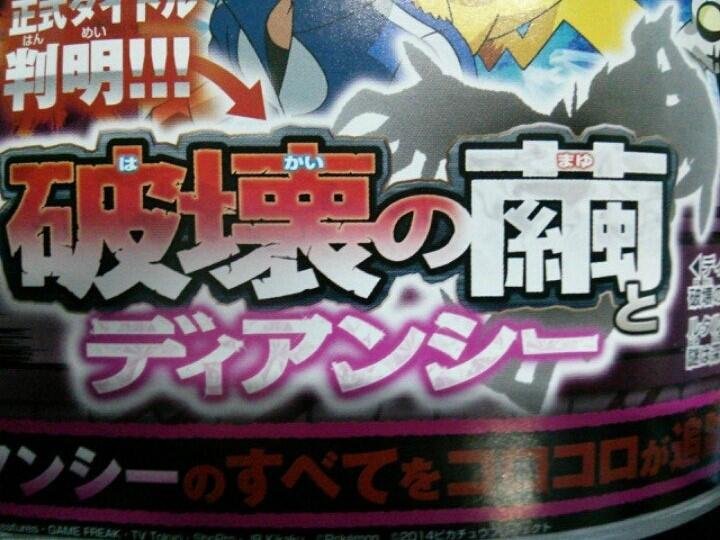 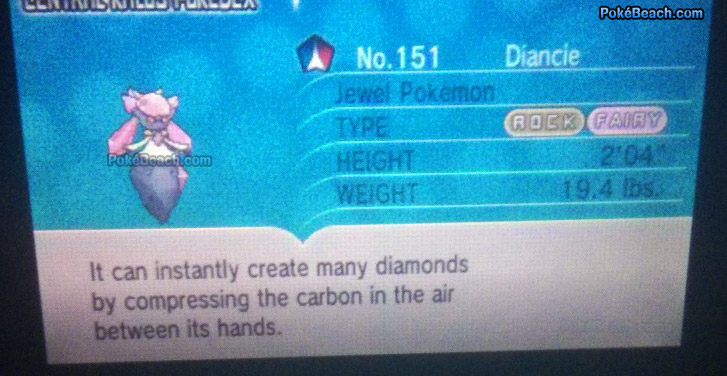