His unnerving gaze is fixated on my grandmother’s necklace. He must fancy it, but I can’t part with it… it was her greatest treasure, and she was mine. 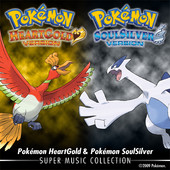