Collection X and Collection Y were revealed in CoroCoro the other day and now we know they will be released in Japan on December 13th. Like previous sets, each pack will contain five cards for 158 yen. The sets will see their English release in February.

Fairy Energy will of course debut in the sets, meaning we’ll see pink Pokemon card templates pretty soon! Oddly, no Dragon Energy has been announced to coincide with Fairy Energy’s introduction. Are they delaying its release to give Fairy Energy time to shine in lieu of X and Y? 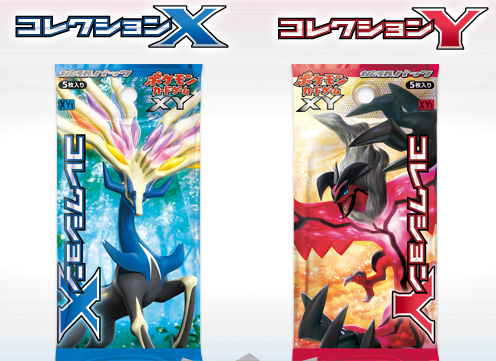