The first Pokemon TCG X and Y English products have been revealed! First up are the Chespin Box, Fennekin Box, and Froakie Box. Each box comes with a figurine of said Starter Pokemon, a holo promo card, and three Black and White series packs.

Second up is a blister pack that comes with three Black and White series booster packs and either a Chespin, Fennekin, or Froakie pin. All of the aforementioned products will be released on October 12th, the same day X and Y will be released in the United States and worldwide. 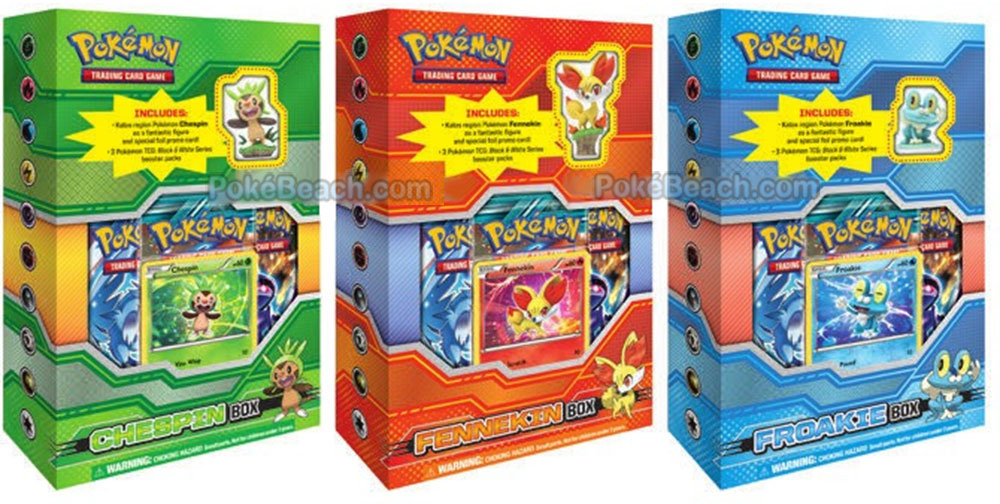 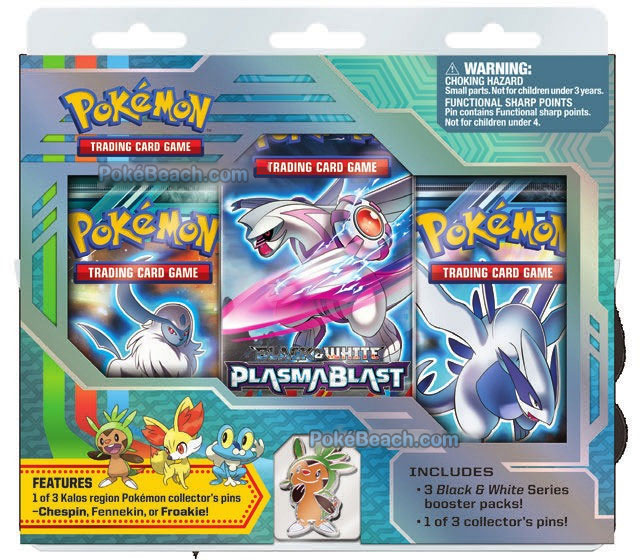