TV Tokyo has announced that the new Pokemon X and Y anime will debut in Japan on October 17th. It will begin in the Kalos region’s Lumiose City. Ash and Pikachu will of course return, and as always, Ash will be sporting new attire. Iris and Cilan are not pictured, and since they’re both Unova Gym Leaders, they probably won’t have much marketing use for this next generation (Brock and Misty were always around because each generation up until this one featured Kanto either directly or indirectly through a remake). 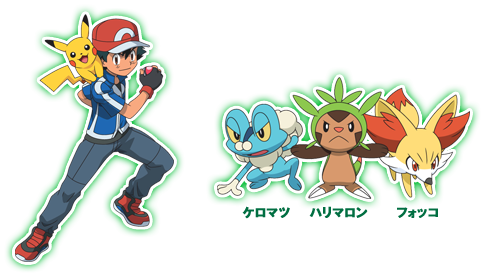 it’s been 16 years. why isn’t ash a pokeman master yet? gettin’ really tired of this shiat unfortunate trend.