The two-pack Plasma Freeze blister packs will feature either a holo BW76 Electrode or a galaxy holo reprint of Moltres from Next Destinies. Each blister comes with a booster pack from the set and a Reshiram/Zekrom coin.

The three-pack blisters will come with either a Druddigon or Landorus promo, both of which were promo cards in Japan. Their English promo numbers are currently unknown. These blisters come with a Plasma emblem coin and three booster packs from the set.

Plasma Freeze will be released in stores on May 8th, though the likelihood of these appearing then will vary widely. 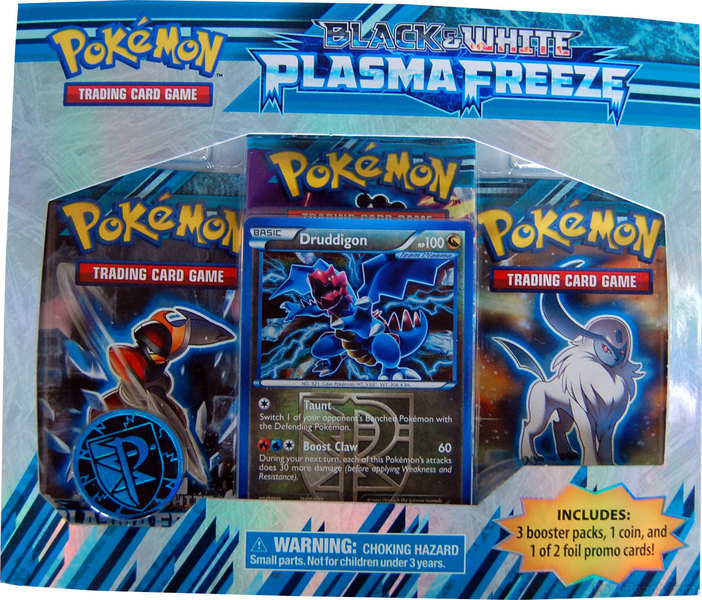 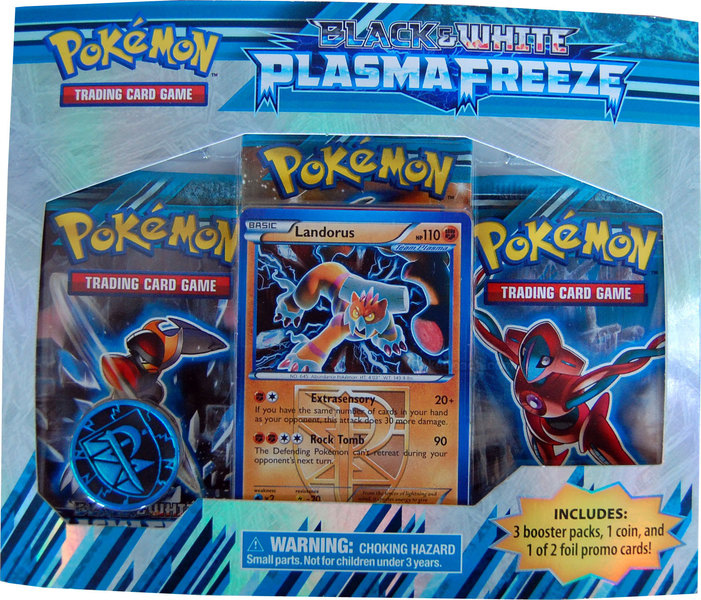 [F][C] Extrasensory: 20+ damage. If you have the same number of cards in your hand as your opponent, this attack does 30 more damage.
[F][F][C][C] Rock Tomb: 90 damage. The Defending Pokemon can’t retreat during your opponent’s next turn.

[C] Taunt: Switch 1 of your opponent’s Benched Pokemon with the Defending Pokemon.
[R][W][C] Boost Claw: 60 damage. During your next turn, each of this Pokemon’s attacks does 30 more damage (before applying Weakness and Resistance).

Weakness: none
Resistance: none
Retreat: 3