For the first time in the Japanese TCG’s history, the July set will not be a set containing new cards. It won’t even be BW10. A 93-card set called “EX Battle Boost” will be released on July 13th featuring reprints of cards from the BW series. In this way, the set will probably be like America’s exclusive Call of Legends set where the cards are reprints with new artwork. 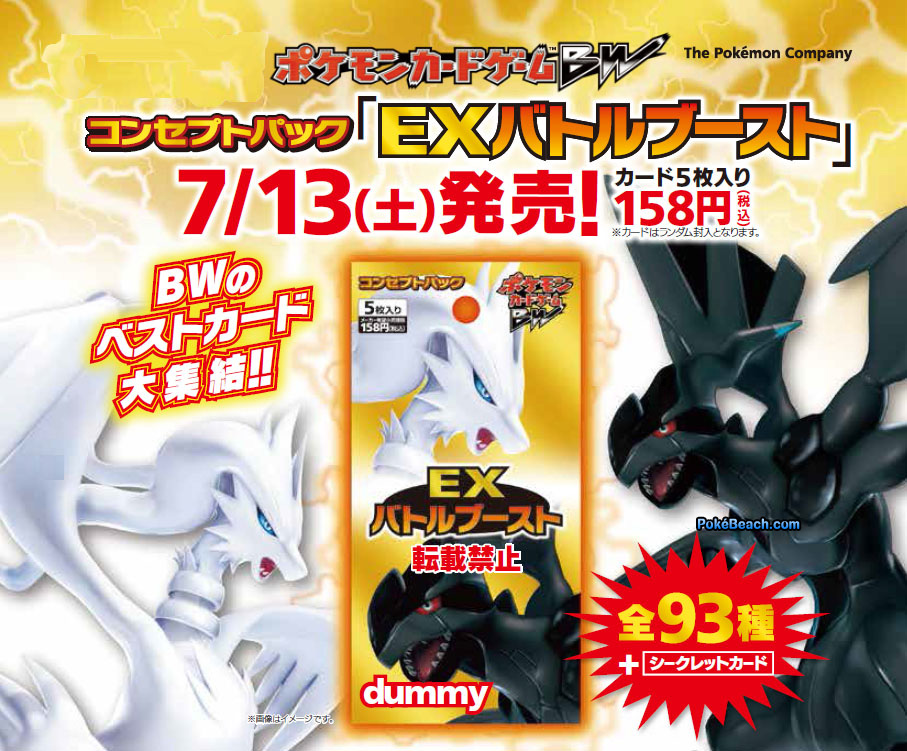 On the same day, two additional products will be released: a Mewtwo vs. Genesect half deck as well as a 4-pack blister with a new Genesect promo. No other information is known about them at this time. 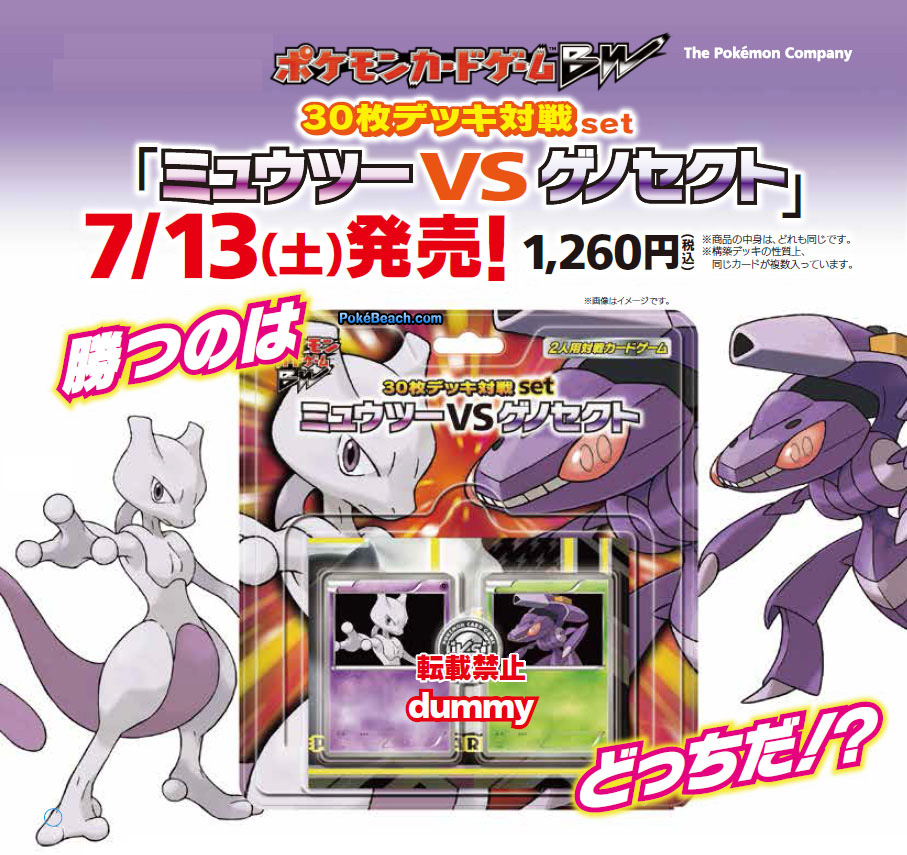 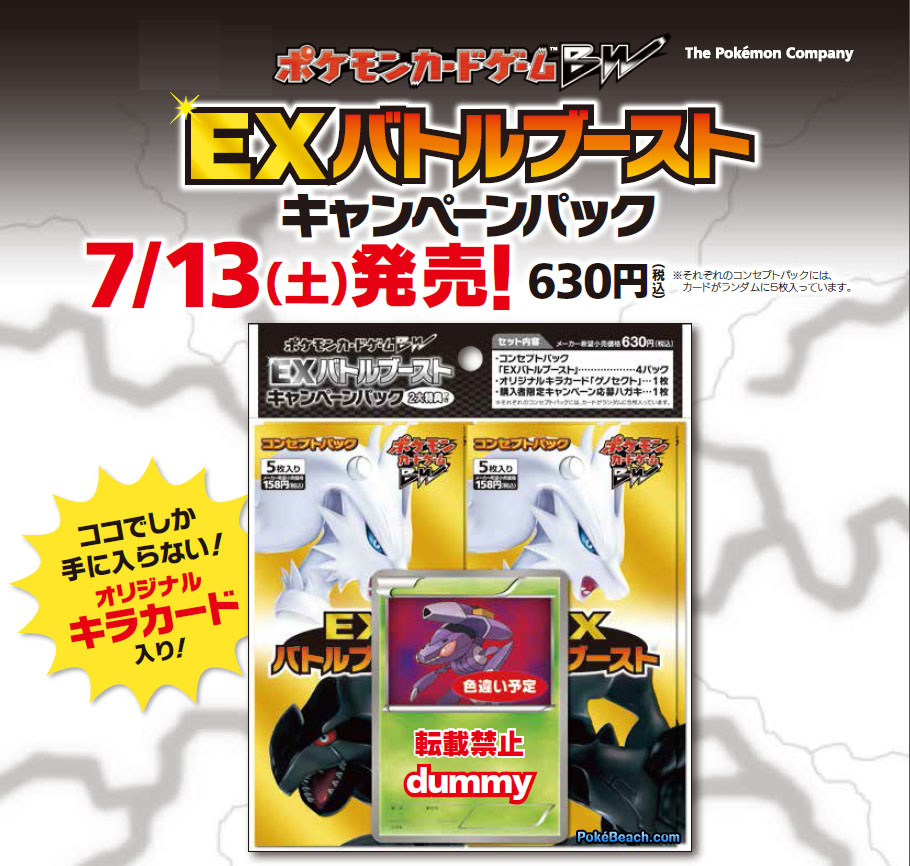 Many fans have been hoping that with the worldwide release of Pokemon X and Pokemon Y that the Japanese and English TCG will finally be synched together. If America were to skip this set, that would in fact be possible. America received Call of Legends to bide time until the release of Generation V – it was a set containing reprints of previous cards with new artwork (which Japan never received). The same thing could happen here, but reversed: since Japan is a set ahead of us, they could be using this throwaway set to bide time until Generation VI and allow us to catch up to them. And of course it wouldn’t be the first time America skips out on releasing a bunch of Japanese cards.

There will be other signs to let us know if America plans to skip this set and we’ll be sure to let you know as soon as we see them. This is definitely the first sign. If Pokemon ever wanted to have a simultaneous TCG release, this time period right now would definitely be the golden opportunity to pull it off.