Update (9:30 PM) – JPN Gallade from our forums is reporting that at Worlds, there was artwork of Black Kyurem and White Kyurem on display that matches the style of the Keldeo artwork below. Thus, there’s a good chance that their artwork could be used for two of the set’s booster packs. | The previous story about the Black Kyurem and White Kyurem box has been updated with the official product details, so be sure to re-read it if you came here earlier today.

We have received the Boundaries Crossed set description as well as a small teaser image featuring Keldeo in its Resolute Form, which will likely be the artwork used on one of the set’s booster packs. As expected, this set is our equivalent of Japan’s BW6 Cold Flare / Freeze Bolt. 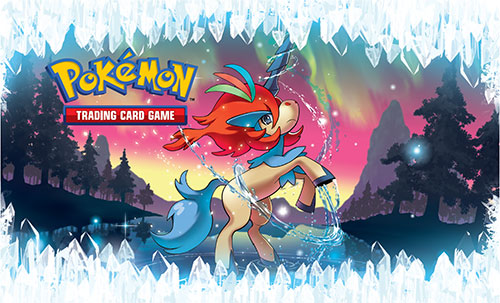 Step into the next dimension of your journey into battle using the might of the Boundary Pokémon… both White Kyurem and Black Kyurem! Harness the powers of more Pokémon-EX like Landorus, Cresselia, and Celebi, and Keldeo makes its debut in the Black & White – Boundaries Crossed expansion as both a Pokémon and a Pokémon-EX, along with the never-before-seen, powerful ACE SPEC Trainer cards, which are so devastating that you can only carry one into battle! Cross over to sweep aside your opponents with one mighty push!