To commemorate Kyurem vs the Sacred Swordsman – Keldeo, Bandai will be releasing a couple of figurines in July featuring Pokemon from the movie. Oddly, on their ad below, Keldeo is labeled as its “Usual Forme.” Does this mean we’re getting a new Keldeo forme? Several upcoming products have hinted that a new Pokemon is going to be revealed, so we may have it right here. Shaymin’s Sky Forme wasn’t revealed until the June preceding its July movie debut, so it’s definitely not too late to unveil a new forme – we may see it revealed in CoroCoro magazine next week. Thanks goes to Gin for the news! 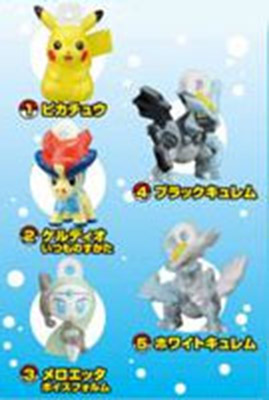