I ate McDonalds for the first time in quite some time yesterday. About an hour after finishing the food, I felt like I had been poisoned – it’s so salty and unhealthy! Luckily, you can still buy their toys separately if you go inside and ask.

Starting June 15th, McDonalds Happy Meals will come with a Pokemon toy and a reprinted TCG card. The six toys are Pikachu, Servine, Pignite, Dewott, Woobat, and Axew while the confirmed cards thus far are Servine, Pignite, Dewott, Scraggy, Axew, and Dwebble. There could be up to 12 cards, but only nine are confirmed so far – the others will probably be Pokemon from Ash and crew’s team. Like the first U.S. McDonalds promotion, which took place last June, the cards will probably be printed on special holofoil paper. Will this be a new yearly trend at McDonalds? 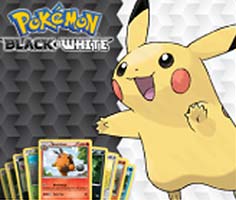