Druddigon (#89) and Eviolite (#91) from Noble Victories have been revealed! As with the majority of the cards in the set, the two originate from Red Collection, which was released in Japan this past July. Remember, Noble Victories prereleases will take place the last weekend of October and the first weekend of November, the theme decks will be released in stores November 2nd, and the booster packs will follow suit on November 16th. 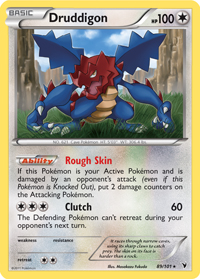 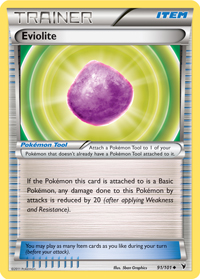