Junichi Masuda has just announced the Mewtwo distribution on Pokemon Smash. He revealed that Mewtwo will be holding a King’s Rock (increases opponent’s flinching) and will know the attacks Psystrike, Shadow Ball, Aura Sphere, and a fourth attack which will be revealed next week. Its OT is “PokeSuma” (Pokemon Smash). As reported before, it is at Level 70, inside a Cherish Ball, and has its typical Pressure ability. The distribution will take place over Wi-Fi from September 26th to October 31st for Japanese copies of Black and White. 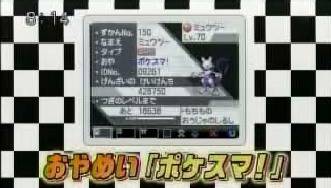 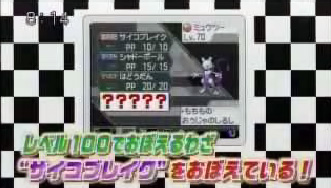