The third Black & White set will be split into two subsets named Hail Blizzard and Psycho Drive and will be released on September 16th in Japan. Hail Blizzard will feature Kyurem on its booster pack while Mewtwo will be featured on Psycho Drive‘s booster pack, as you can see below. Since Red Collection will have finished off all officially revealed Unova Pokemon in the TCG, this will be the first set of the Black & White era to feature older Pokemon. If Red Collection is delayed in America for the dubs of the Victini movies, it is likely we’ll receive many of the Unova Pokemon from these sets in our November set. 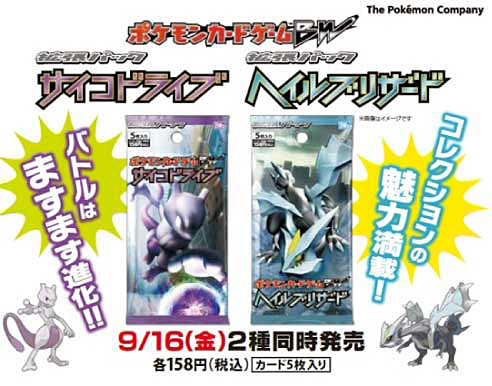