Japanese variety show Oha Suta just aired a new trailer for Victini and the Dark Hero: Zekrom and Victini and the White Hero: Reshiram. The trailer showed that a man will be featured in the Zekrom movie while a woman will be featured in the Reshiram movie, possibly the two characters in the movie poster from our previous news story. I actually started watching the show just as they were finishing the trailer, so I was only able to grab two screencaps; our friends at Filb.de will have the trailer uploaded shortly, however. We will update this story as soon as that happens, so be sure to check back in a bit! 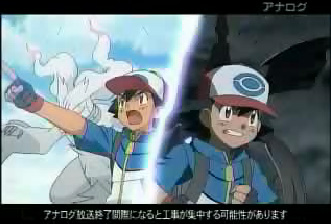 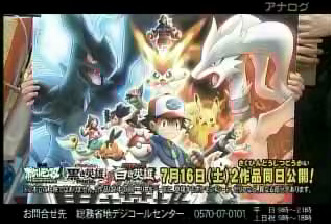