In what can only be described as incredible, two Pokemon movies will be released this year on July 16th: Victini and the Dark Hero: Zekrom and Victini and the Light Hero: Reshiram; a small scan that leaked on the Internet of CoroCoro magazine has revealed the second title. No other details are known at this time other than there will be two, so we can only speculate what this means. Could there be one real movie with two versions, like with the video games? Could there be two actual movies? Could there be two shorter movies playing back-to-back? Either way, this is quite the development! We’ll find out more information within the next few days when more CoroCoro leaks or when the Japanese Pokemon movie website updates. 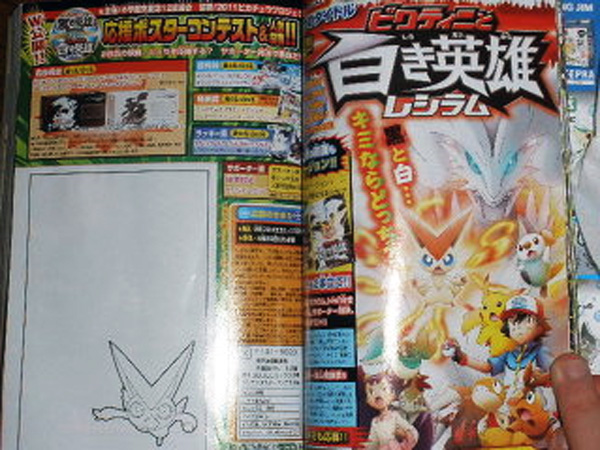