I originally posted the first two toy images below on our forums several hours ago but decided to make this a story now after other Pokemon from the same toy line popped up.

Photos of purportedly upcoming Bandai Pokemon toys have been floating around Japanese forum 2ch and among them appears to be a new, green Pokemon. Whether the toys are fake or the green “Pokemon” from a different animé or video game series remains to be seen at this point; the figures at least resemble the style of Bandai’s Pokemon Kids line, perhaps a sign of their authenticity. The Pokemon in the second photo matches the Pokemon standing next to Iris in the character sheet posted the other day and Tsutaaja’s figure seems to have an authentic copyright stamp on its tail, so unless some prankster out there is a skilled toymaker, the green Pokemon could be real as well by association. So far, the only evidence to suggest the green Pokemon’s toy is fake or from an entirely different line is the fact its left eye’s pupil is missing a white dot from the reflection of light, which its right eye has. We’ll hopefully receive confirmation on the validity of the toys and the green “Pokemon” soon, so be sure to check back! 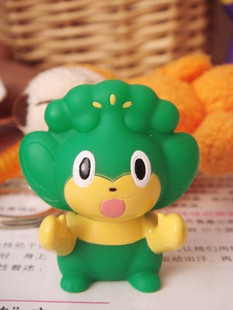 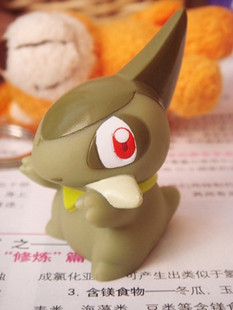 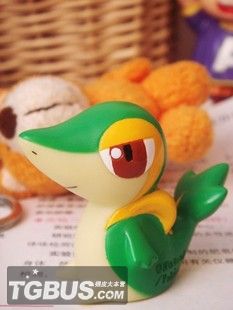 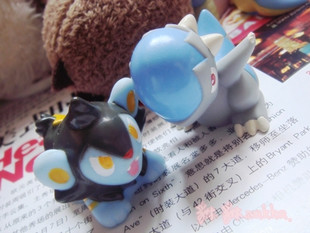