The official Daisuki Club website had a Black and White image up earlier today (originally here) that has since been removed – it shows the Ken Sugimori artwork of the unnamed Pokemon that was standing between Iris and Jesse in the anime character sheet. Oddly, its color scheme doesn’t quite resemble the coloring of its Bandai figure, though this is sometimes common with toys. This could either be because it is a prototype, the paint’s coloring is off, the photographer’s camera didn’t capture the color very well, or because it is fake – at this time, we still cannot confirm the authenticity of the toys. However, they’re likely real as we detailed in this post. 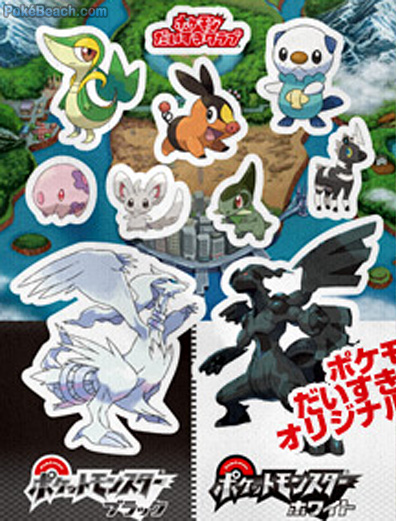