The official Pokemon movie website just updated with new details for The Ruler of Illusions: Zoroark. Yaminokame has translated the first part of the plot summary below as well as the character bios. The movie sounds… interesting, though it’s obvious major plot details are still missing. The movie website also uploaded the trailer that aired on Oha Suta yesterday, though it has an additional scene at the end: Zorua changes into Piplup, meaning it has the same illusionary ability as Zoroark!

I will be going to Japan this summer for a second time, so I will see the movie as soon as it is released! When I do, I’ll be sure to post a plot summary, especially if Heerosferret watches it with me. If I’m lucky again, I might even get to see it two weeks early like with the Arceus movie! :D

Ash and crew visit Crown City to watch the Pokemon Backer World Cup. On their trip they meet a Pokemon named Zorua, who is searching for its companion; they decide to let it tag along so they can assist it. But a Pokemon named Zoroark – the “Ruler of Illusions” – is turning into Raikou, Entei, and Suicune and destroying Crown City! Also, Celebi returns after 20 years and gets into trouble. What is happening to Crown City? What could the Ruler of Illusion, Zoroark, be? And what about Celebi? Will Ash and Pikachu be able to save the city and the Pokemon? 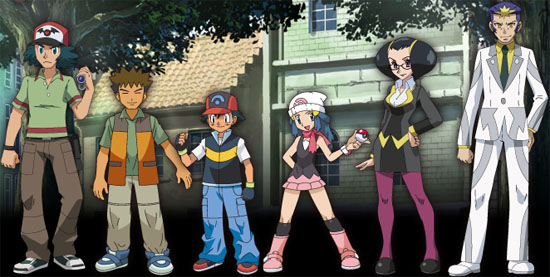