The official Pokemon Card website has updated with the first LEGEND: HeartGold and SoulSilver Collection images. You can see them below. The images and information confirm what we posted in the previous news story.

Translations of all the cards can be found on our LEGEND: HeartGold and SoulSilver Collection page courtesy of Bangiras. Feraligatr carries Base Set Blastoise’s old Pokemon Power, Meganium is a carbon copy of Base Set Venusaur, Ho-Oh LEGEND has Base Set Charizard’s Pokemon Power, and Lugia LEGEND is nearly identical to the one from Neo Genesis. Feraligatr is BROKEN – Rain Dance finally returns to the TCG!

In case you missed the previous news story, LEGEND cards now replace LV.X Pokemon – they are Legendary Pokemon split into two cards that you have to place together to use. One card features a huge chunk of artwork of the Pokemon while the other card features its attacks – putting them together forms one complete card, as seen in the first two images below (click them for larger pictures). For the purpose of using powers and Trainers, this card is treated as its own subclass, much like Basic Pokemon cards, Evolution cards, LV.X cards, and so on. The artwork for Legendary Pokemon cards is double the normal size, so the cards are divided into a top and bottom half. To bring a Legendary Pokemon into play, you must collect both halves of the picture, then play both cards at the same time onto your Bench. Due to the nature of Legendary cards, they can’t be played during setup. The two halves of the card are numbered differently, but since they both have the same name, it’s likely that you can only run a total of four halves in a deck (two complete cards).

Great Pokemon, a new type of card, are described as Pokemon that “specialize in battling,” but they do not seem to have any sort of new mechanics tied to them as of yet. They are simply regular Pokemon cards. You can evolve Totodile to Croconaw and then to Feraligatr (a Great Pokemon) like any other evolutionary line. Perhaps they can be considered stronger Pokemon, as evidenced by Feraligatr’s Pokemon Power. There will be eight in the set.

Starting with this set, Japan will now get reverse holos in their booster packs. Each booster pack comes with 11 cards: one holo, one reverse holo, one energy, and eight other cards from the set. With every two booster packs a person buys of this set, they will receive one of six promo cards. Three new tournament promos will also be released after this set is released – Meganium, Typhlosion, and Feraligatr.

“Trainer” cards are now called “Goods,” which is the Japanese Pokemon term for “Items.” Thus, we will now have Item cards, Supporters, Stadiums, and Tools. This is probably to clear up past confusion caused by calling all non-Pokemon and Energy cards “Trainer” cards while also having basic Trainers.

For this set block, each card will feature a gold and silver border in obvious reference to HeartGold and SoulSilver. You can see the new borders on the cards below. The template for Pokemon cards is now also slightly updated – the evolution box is next to the Pokemon’s name and the coloring behind the HP is now white. Great Pokemon have a special border around the artwork, the artwork seems to be zoomed-in to their faces, and as mentioned in the previous news story, their names are holo. 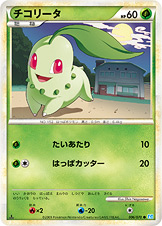 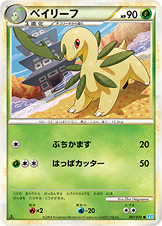 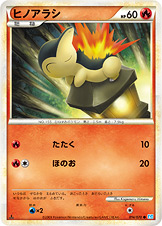 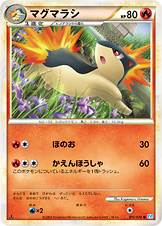 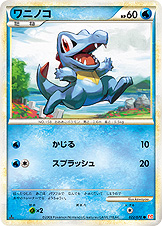 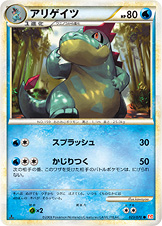 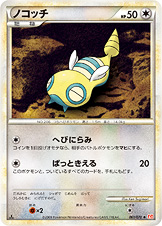 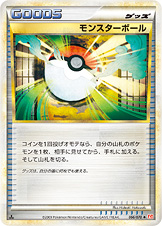