What a surprise! Gold and Silver remakes! No one predicted this! Who wants to bet Ruby and Sapphire remakes are coming in several years?

The Japanese Yahoo website has officially confirmed the existence of Gold and Silver remakes. The games are to be titled HeartGold and SoulSilver and will be released this fall in Japan. According to Bangiras, the Yahoo article states that the games are remakes in the same vein as FireRed and LeafGreen were remakes of Red and Blue. The only other fact the article states is that the games will contain new features as well as sound and graphic improvements. The translation of the article and the game logos can be seen below. The logo for HeartGold features Ho-Oh’s wings in a heart formation while Lugia looks like a spirit in SoulSilver’s logo.

Following Yahoo’s announcement, the official Japanese website posted a page announcing the game. You can read the translation of their page below the Yahoo article translation.

News on the games is bound to appear on Pokemon Sunday this weekend, as posted previously. Heerosferret is going to try to record the announcement for us when it airs, and when she does it will be posted here immediately. While the show is playing, however, we will be posting live information. Details on the games are also bound to appear in the next issue of CoroCoro as well, which will probably be leaked on to the internet by next week. Be sure to check back here for the latest news and translations!

We learned on the 7th that “Pocket Monsters Gold and Silver,” the second entry in the popular RPG series, originally released on the Gameboy system in November of 1999, will be remade for the Nintendo DS this autumn under the titles “HeartGold” and “SoulSilver.” New elements will be added in this tenth anniversary return to the Johto Region.

A continuation of the original series (Pocket Monsters Red, Green, Blue, and Pikachu), Gold and Silver recorded remarkable sales of 23,000,000 copies worldwide. It introduced monsters that hadn’t appeared in the gameboy games, along with various new features.

Currently in development for the Nintendo DS are the newest entries in the Pokemon series: “Pocket Monsters HeartGold and SoulSilver.” Taking place in the Johto region, the games will be upgraded with all of the series’ current features and will also be packed with brand new features. This year marks the tenth anniversary of “Pocket Monsters Gold and Silver’s” release on the original Gameboy, so its revival is only fitting. Since its release in 1999, the game has sold over 23,000,000 copies worldwide. 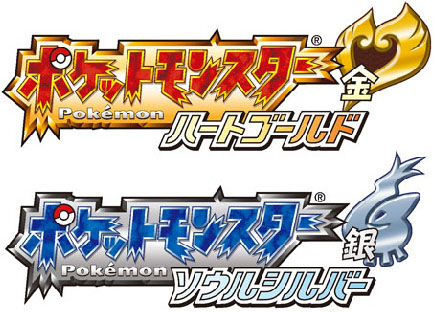