I’m so excited for the vice presidential debate tonight! It airs at 6 PM PST and 9 PM EST. You can watch it on CNN or one of those political news channels.

Today in Japan, two Team Galactic episodes aired in a one-hour special. During the commercials, a Galactic’s Conquest ad aired showing several of the cards in the set. Viper.Fox from our forums was able to screencap a shot of Shaymin LV.X and Giratina LV.X. The ad will probably be up on the Japanese Pokemon TCG website later tonight, so we should have better-quality images of the cards then. Remember, Galactic’s Conquest will be released in Japanese stores on October 10th along with Entry Pack DPt. We will have scans and translations of the cards before then, though. 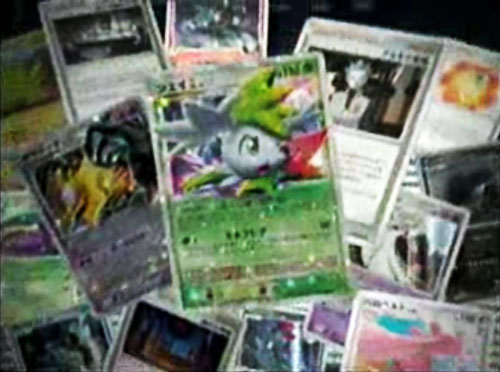