Some Japanese Pokemon fans have gotten a hold of Pokemon Platinum and have already started to post their findings. In a 2ch Pokemon Platinum thread, one user scanned one of the pamphlets that comes inside Platinum‘s packaging, revealing a new Rotom forme (see below). There are five pamphlets in total, each featuring a different Rotom forme, with one of each randomly inserted into every game’s packaging. The pamphlet is titled “Pokemon Scoop” and asks, “What’s up with this new Pokemon?”

It would appear as if Rotom’s new forms will inhabit or take the form of various household appliances. The Rotom we know from Diamond and Pearl loves to hang out in televisions, and it would seem that the new Rotom forme below finds its home in washing machines. Its arms are shaped like clothes pins and its belly looks to be the entrance to the inside of a washer where you stick the clothes in. Ash and crew need this Rotom for their journey – they’ll always have fresh clothes!

The pamphlet also has a small screenshot of the Rotom forme in action, though it is barely visible. It looks as if the Rotom is using a Water-type attack, which would make sense for it being a washing machine-based Pokemon. Perhaps it will be a Water/Ghost-typed Pokemon, since the background of the pamphlet is blue and the form has a blue center. The other forms may also be other elemental types as well, themed after the household appliances they occupy or take shape of. Hopefully we will know more about the other new forms soon – watch there be a microwave or oven-themed Rotom! It’s 5 in the morning here, so I’m going to bed – I’ll post anything else that is revealed while I was asleep later today. 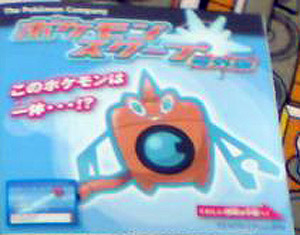 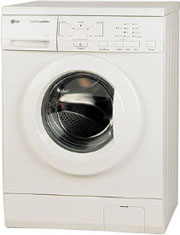