Devastation and Trouble are two Team Rocket theme decks. Both 60-card pre-constructed decks come packaged with a holographic Meowth coin, a Team Rocket card checklist, a (then-current) Pokémon TCG rule book, and several cardboard damage counters. They were originally released in stores with Team Rocket on April 24th, 2000 for $9.99 each, but are now long out of print.

The names of the theme decks originate directly from Team Rocket’s motto from the show, specifically Jessie’s lines: Prepare for trouble… To protect the world from devastation… Additionally, the holographic cards featured in both decks were Jessie and James’ main Pokemon in the show when the decks came out in 2000, being Arbok and Weezing.

“Devastation” features a holographic Dark Weezing card and primarily focuses on Grass and Water-type Pokémon. For more information on this deck, jump to the top of this page.

“Trouble” features a holographic Dark Arbok card and primarily focuses on Grass and Psychic-type Pokémon. For more information on this deck, jump to the top of this page.

“Devastation” and “Trouble” both come with a silver, holographic Meowth coin that cannot be found in any other Pokémon TCG product. Meowth is obviously featured because it is Team Rocket’s signature Pokémon. 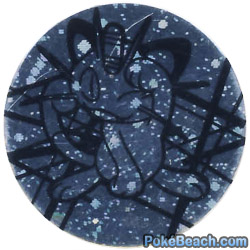