The Rhyperior said:
Ribombee doesn't see much play, I doubt this will
Click to expand...

Ribombee didnt see play because all the ramp options available when it was legal were all stage 2s (Magnezone, Dragonite), which already made them unreliable enough by themselves, let alone bringing in a 1-1 line of Ribombee.

I would still agree it won't see too many competitive plays, but at least its definitely more playable with Cherrim considering its a stage 1.

Member
The Smeargle and Eldegoss art is top tier.

Hydroi-gon said:
This is just Distilled Blast Gyarados except the attack cost is higher and it needs energies in the hand
Click to expand... 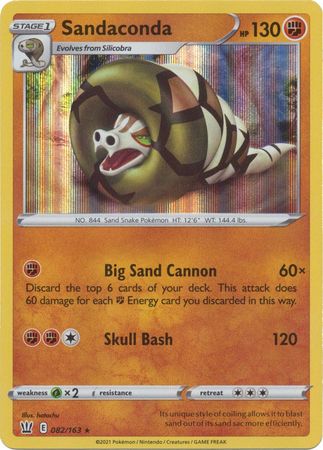 Member
It's interesting that you don't have to discard the energy when attacking with Smeargle. Are there any cards that prevent hand disruption?

The Almighty Bidoof said:
the one deck where fairy energy rotating hurts. Still capping out at 240 isn't too bad for a 1 prizer
Click to expand...

Member
I have to say I'm pretty happy with the design of a lot of the new single prizers they've been revealing, like they probably won't be "meta" but they still seem like they'll theoretically be useful as opposed to just being obviously outclassed and/or boring.

News Staff
Member
A new story has just been posted to PokéBeach's front page:
Posts you make after this point will immediately appear on the front page and vice versa. Discuss!

Member
is this just anti-marnie or does it protect from other effects on your side of the field as well ie boss, yell grunt, avery, etc? even if its only the former this card is HUGE in decks like togekiss with stamp rotating

Rocket The Shellos said:
is this just anti-marnie or does it protect from other effects on your side of the field as well ie boss, yell grunt, avery, etc? even if its only the former this card is HUGE in decks like togekiss with stamp rotating
Click to expand...

The ability protects the player and their hand, so stuff like Boss's Orders would not be affected by it.

Member
Could use this with the Indeedee from Battle Styles so your opponent can't Marnie you to screw you up.

Member
So stops
Anything else important I'm missing?

Member
Not sure on Boss's Orders but it does block part of the effect of Marnie and in case the player, who uses Marnie has a zero card hand it should also block them from drawing five cards from the top of their deck. it also blocks the side effect of Avery and Jessie and James in addition to Orleana.

Member
Yeah, the translation on Milotic is... confusing. It makes it sound like it prevents your opponent's Supporters from affecting their hand. Perhaps "this card's owner" should be changed to "this Pokemon's owner". I don't know why it doesn't just say "you and your hand" anyway, since it's not like Milotic can change sides.

Yaginku said:
Yeah, the translation on Milotic is... confusing. It makes it sound like it prevents your opponent's Supporters from affecting their hand. Perhaps "this card's owner" should be changed to "this Pokemon's owner". I don't know why it doesn't just say "you and your hand" anyway, since it's not like Milotic can change sides.
Click to expand...

The English wording will likely be

"Whenever your opponent plays a Supporter card from their hand, prevent all effects of that card done to you or your hand."

Member
Zoroark is getting better and better with each Stage 1 printed!

Member
It's nice to block Marnie, but setting up a stage one to do so is rarely useful. I don't like how the card designers are trying to stop bad format design with direct counters like this and the greedent that stops energy removal. The better solution is obviously to design the format in such a way that these cards don't become broken. I mean, even just a year ago crushing hammer and Marnie weren't big issues and that was mainly because decks were more consistent and fewer decks were reliant on multiple manual attachments.

I think a good way of addressing Marnie would be to print an alternative to it (*cough* Cynthia *cough*) and to give us more on-board draw. We currently only really have cinccino and you need multipleof them to get somewhere. Maybe something like abyssal hand octillery or even cosmic power claydol? Something on the power level of claydol would make games less "high-rolly " and would promote playing evolving pokemon, even in big basic decks.

This would also require some universal ball search card because that's really what's preventing 2-2 evolution lines in basic decks. LucMetal/Zacian would probably have a bronzong variant if you wouldn't need to warp your deck with 4 pokecomm, a terrible card when you only play 12 or so pokemon. I don't know if I want ultra ball back before quick ball rotates, because that would make big basic decks insane, but there must be some way of balancing universal ball search.

I realize that this has become a rant about standard so I might as well continue. The SwSh T1 rule was meant to slow down the game, but it didn't for 1 main reason: They didn't change the game design accordingly. Most decks set up in the same way but were now reliant on using dedenne on T1. This created more feel bad scenarios with bad discards but also discouraged single prizers and evolution decks. (Single prizers don't want dedenne on the bench and evolutions don't want to discard stuff) But the primitive big basics didn't mind, they wanted to use dedenne on turn one anyway!

The only way to make this rule fair is in a format where all decks are equally punished. There was a similar rule back in gen 3, but back then almost all decks evolved and there was no dedenne. They would have had to change the design MASSIVELY to fix all the issues of the rule, but they obviously couldn't. The only good thing the rule did was making going first or second a choice, but I would rather mindlessly go first if that would lead to a better format.

If they really wanted to make the decision of going first or not more skilled, they should have let you see your hand before the choice. A good hand with a quick ball and an energy? Go first. A bunch of trash and a research? Go second!