Hello everyone! The Silver Tempest meta is finally drawing to a close after several Lugia VSTAR-infested tournaments. The Liverpool Regional Championships should take place around the time this article is published, and after that, it’s Crown Zenith for the Orlando Regional Championships. I’ll touch on Crown Zenith momentarily, but first I want to talk about Lost Zone Toolbox. 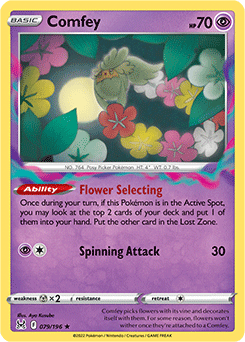 Lost Box is the deck that I’ve been playing at every tournament in this format. I believe it’s the best deck in the format by a long shot. Overall, it’s seen middling success in terms of results. This is due to very few people actually playing the deck, and fewer still playing it at a passable level. The deck is astronomically difficult to play, which is its biggest fault as a deck. You have to work so hard and use so many brain cells, and your payoff is a deck that plays long and grindy games where you can’t afford to make a mistake. Alternatively, you could play Lugia VSTAR, which is nearly as good and requires basically zero thought to end games in three to four turns.

Don’t get me wrong, Lugia VSTAR is a deck that takes lots of skill to play perfectly, but you can still win games without the technical ability. Lost Box is way more demanding, which makes it difficult to play and even more difficult to justify picking up. My testing group has brought Lost Box to every Silver Tempest event with decent results, proving that the deck is at least viable and consistent. Unfortunately, I narrowly missed Day 2 at the past two Regional Championships due to some terrible variance and minor mistakes.

Anyway, I do have a point. I want to lay out how to play the deck as clearly as possible so that more people have the opportunity to play the deck and see success with it. I do not know if I have a particular affinity for the deck, but I’ve been playing it at all these tournaments simply for lack of a better option. Out of four major events, the most recent one (San Diego) was the only one where I was confident I had the optimal 60. This deck is incredibly versatile from a deckbuilding standpoint, and had undergone changes from event to event. After months of working with it, my testing group has finally gotten to the point where the deck is optimized. Of course, the list may change in the near future, but even our previous iterations of the deck were not necessarily optimal at their time.

For a thorough introduction of the deck and a cursory glance at its matchups, please check out my previous article on Lost Box. Today’s article will build off of that one, so it’s a sequel of sorts. There are two main points of interest in this particular list.