Hello PokeBeach readers! Isaiah here, and I am happy to be writing another article for you all! Last time, I talked about the triumphant best deck in the format, Lugia VSTAR, and its stranglehold on the Standard format, including explaining the intricacies of why the deck is so much better than every other deck right now.

Since that article, there have been no major events in the Standard format across the world, so the format has not seen many major developments, but the format has also been pretty similar since the Latin America International Championship kicked it off, so that is not too surprising. This weekend, though, the San Diego Regional Championship is coming up, and with that, there could possibly be some major changes to the format, but to best understand what the meta could look like this weekend, we need to first take a look at the meta as a whole, or more specifically, we need to take a look at some of the decks that did well at the Arlington Regional Championship. 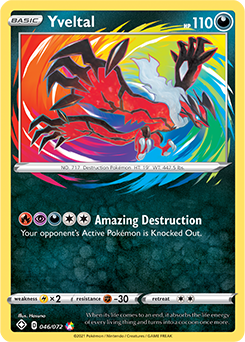 At the present, Lugia VSTAR remains the absolute top dog in the format, and for a good reason. Having access to being able to power up literally anything in a single turn once you get set up is bound to have some crazy consequences. In particular, Yveltal comes to mind as an absurdly good option of a Pokemon to power up, as the text “Your Opponent’s Active Pokemon is Knocked Out” is quite possibly the most insane line of text ever printed on a Pokemon card. Not just that, but access to Powerful Colorless Energy to boost Lugia VSTAR’s own damage output is another piece of the puzzle. Another surprisingly impactful tool that Lugia VSTAR has access to is Stoutland V, which is critical to taking down one of the other top threats in the format, Lost Zone toolbox.

Since its release in Lost Origin, the Lost Zone engine, powered by Comfey and Colress's Experiment, have been staples of the format, producing some of the format’s most complicated strategies. While Giratina VSTAR has largely fallen by the wayside anymore, the single-Prize-attacker-based variants, such as the version focused around Sableye and Radiant Charizard, remain popular to this day. Additionally, over the past few months, two other variants have started to become increasingly popular. The first of these variants is focused around Kyogre, with the intention of closing out games with a guaranteed full-power Aqua Storm thanks to Energy Recycler. The other variant, focused around Rayquaza and Raikou has only recently started to take off, and for a good reason; it is one of few decks in the format with a pseudo limitless damage output from a single-Prize attacker. Lost Zone toolboxes has a surprisingly strong performance at the Arlington Regional Championship, as the deck was largely able to take advantage of favorable Prize trades against many of the format’s non-Lugia VSTAR decks, however, one deck that Lost Zone Box has always struggled with was one that finally reemerged in Arlington, that being Regigigas.

As of late, Regigigas, or more simply Regis, has grown on me a lot as one of the more powerful decks in the Standard format. With five different attacking types, the deck is able to take advantage of the format’s diverse pool of Weaknesses with the perfect attacker for any situation. Most importantly, Regieleki is able to easily dismantle a Lugia VSTAR as long as it has a Choice Belt to push its damage output over the necessary mark of 280 thanks to Weakness. Regis is also able to take a favorable matchup against Lost Zone toolboxes due to almost all of them having 130 or more HP, which is surprisingly difficult for Lost Zone toolbox to handle. Unfortunately for Regis, the deck has always and will always struggle with being a little inconsistent, meaning that it can sometimes get too slow of a start (which, I guess that is fitting for Regigigas) to keep up with the rest of the format.

Another deck that has been making a surprising resurgence has been Arceus VSTAR / Duraludon VMAX. In the past, I have often criticized this deck for being too simple, not offering a skilled player much room to make creative plays, and leaving little room for a player to have any control over their game, however, while this is most certainly true of Arceus VSTAR / Duraludon VMAX, sometimes simplicity is perfect. After all, the strategy of being straightforward and consistent has worked exceptionally well for Jason Klaczynski, who has used builds of strategies that are meant to be exceptionally consistent to win three World Championships (though some of those decks were a bit more complicated in general). After the deck finished second place at the Toronto Regional Championship, many players, myself included, have started to think about the deck a bit more as a viable contender in the format. Skyscraper offers a unique method of walling a Lugia VSTAR deck in a way that, if not deliberately countered, is quite difficult to get through. One of Arceus VSTAR / Duraludon VMAX’s biggest issues is Yveltal, but if you target down the Archeops that Lugia VSTAR puts into play or the Yveltal once it hits the board, the rest of the game should be relatively smooth sailing. Unfortunately for Arceus VSTAR / Duraludon VMAX, this strategy does not always work absolutely perfectly, and even when it does, one final deck often stands in its way of doing exceptionally well consistently. 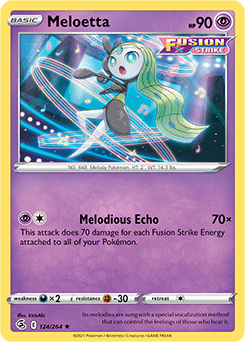 As a centerpiece of the format since it debuted in Fusion Strike over a year ago, it should come as no surprise that Mew VMAX continues to find itself at the top of the format. Boasting one of the most powerful and aggressive game plans in Standard, Mew VMAX is able to take advantage of any slower deck by quickly and effectively doing high amounts of damage from the earliest stages of the game. Since the 2022 World Championship, the version of Mew VMAX focused around playing four copies of Double Turbo Energy and playing several forms of hand disruption has typically been the most popular variant of the deck, and with the release of Forest Seal Stone, the deck has shifted this same focus to playing several copies of Path to the Peak and Lost Vacuum with the intention of disrupting the opponent as much as possible before having explosive turns of its own, quite similar to Zoroark-GX / Garbodor strategies that were popular in 2018. To the surprise of many, Forest Seal Stone also brought the Fusion Strike Energy version of Mew VMAX back into consideration. As a deck that I had personally written off, I always felt that the Fusion Strike Energy version of Mew VMAX was always a bit too inconsistent, but now the turn one Meloetta for 210+ damage has become much more plausible, meaning that the deck was bound to make a return at some point, and what better time to give it some fresh air than right before one of the most favorable tournament metas that the deck has seen since its release.

A large part of why I, as well as many other players, have started to find a new appreciation for the Fusion Strike Energy variant of Mew VMAX is because it has a nearly unmatched level of aggression, being the only deck in the format that can do enough to Knock Out a Lugia V on the second turn of the game. In many games, it is entirely possible for a Lugia VSTAR deck to only find one Lugia V on the first turn, and if that is the case, Knocking it Out results in the opponent falling a turn behind, giving you plenty of time to keep building an advantage for when, or rather if, the opponent sets up. Alternatively, even if the opponent does get two Lugia V in play on the first turn, taking a Knock Out on a Pokemon V before the opponent is ever able to do anything still builds a huge advantage that is often quite difficult to ever overcome. Alternatively, if Mew VMAX can go first, this advantage becomes even stronger and even more reliable, resulting in consistent wins in a matchup that is rather difficult for the Double Turbo Energy build of the deck.

Additionally, one surprisingly significant perk of the Fusion Strike Energy build of Mew VMAX is that it cares significantly less about Drapion V than the Double Turbo Energy build. Normally, in the case of the Double Turbo Energy build, a common problem is if the opponent can use two Drapion V in a game, they will always win the Prize race, as two exchanges of two Prizes for three Prizes will always work out favorably, no matter who attacks first. On the flip side, the Fusion Strike Energy build’s ability to mix in a single Prize attacker means that if they can attack first, which they almost always do, the Mew VMAX player can reasonably effectively beat even two Drapion V. This fact has made me consider removing Lost City from the deck entirely, but the card is still rather important for the Regis matchup, which is now favored with the Fusion Strike Energy build, so I will have it stick around.

With this in mind, how about we take a look at my current deck list and some of the more critical card choices that I have made?