Hello PokeBeach readers! Isaiah here, and I am happy to be bringing you another article! Last time I talked about the new Arceus VSTAR / Mewtwo V-UNION deck and its place in the metagame. Since then, the deck has maintained a pretty steady position in the metagame, largely thanks to its strong matchups against many top decks once the deck gets the ball rolling. Other than that particular deck, there have not been many large innovations in Standard in the past few weeks, however, that will all change this weekend with the first Pokemon Trading Card Game World Championship since 2019.

What can be learned from past World Championships?

While I do not have a World Championship invitation this year, I have gotten several in the past, and with each World Championship, I consider how lessons from the previous event can be applied to this one. As such, we need to take a look at this year’s structure.

In general, this structure is very similar to all of the other World Championships since the two-day system was introduced in 2015. The only major difference is the asymmetrical Top 8 and the likely existence of a third day of Swiss rounds. As a result, we can look at preparing for this event much like the past few World Championships. 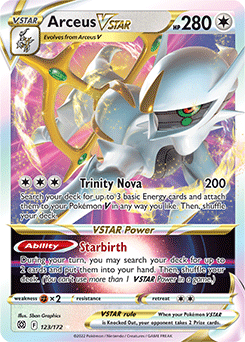 At the World Championship, a large majority of players will be preparing for Day 1. In the Masters Division alone, 587 of the 691 players (~85%) at the World Championship are only qualified for Day 1. As is usual for an event of this size, one of the most common strategies is to play a comfort pick that is also a consistent deck that does well against a lot of the meta. As you would probably think, this applies to most events, but on Day 1 of the World Championships, this applies a little differently, as you are not as focused on winning the event at this point as you are focused on making it to the second day. This is largely because you are able to switch decks between Day 1 and Day 2.

In the past, the most consistent and safe decks have always been the most popular (and typically most successful) in Day 1. For example, in 2018, one of the most popular decks on Day 1 was Buzzwole-GX / Lycanroc-GX, which was also seen as one of the best decks in the format going into that event, largely thanks to its incredible consistency and damage output as well as strong matchups. Many top players on Day 1 played Buzzwole-GX / Lycanroc-GX to great success, allowing them to move to the second day and continue the tournament. In 2022, the deck that fits this role may be a deck like Origin Forme Palkia VSTAR / Inteleon or Arceus VSTAR / Inteleon, both of which have consistent strong game plans that can carry you up to the target X-2 record and into Day 2. Be wary with these decks, as both of them are prone to tying due to the nature of the Inteleon engine taking a long time to execute as well as Game 3s being more common in this format with the importance of going first.

Speaking of the slowness of decks that play the Inteleon engine, I wanted to take a moment to talk about Mewtwo V-UNION Stall in Day 1. In my opinion, Mewtwo V-UNION Stall is an incredible play for Day 1, taking strong matchups against the decks that I expect to be the most popular decks in the field, however, on Day 1, tying a match is very bad, as it is equivalent to a loss unless your final record is X-0-3 or better. As a result, Mewtwo V-UNION may be a bit of a risky play Day 1, but if you are able to play the deck at a brisk pace while also making minimal misplays due to rushing yourself, I think it is a great call, and would probably play it myself if I was attending the event.

Congratulations! You have made it to Day 2! Now the fun part begins!

On Day 2, people generally are a bit greedier or “all-in” on their deck choice, largely because it is the World Championship where you are competing to be the best in the world at something. For many players, this means different things. For players like Robin Schulz in 2018, being all-in on his deck was a unique build for an established archetype that ended up paying off. Schulz’s non-unique strategy with a handful of unique techs was enough to carry him to World Champion. On the flip side, in 2016, Shintaro Ito took the entire community by surprise when he showed up with his M Audino-EX deck and won the entire tournament with a deck that very few people expected. The meaning of all-in is different for everyone, but the mindset for most remains the same: this is the final event of the season, so I am giving it all I’ve got.

Deciding on a deck for Day 2 is one of the more difficult things that I have had to do in my time playing the Pokemon TCG. Being able to know what did well on the first day, even if it is likely not representative of the Day 2 metagame, often has a major influence on how we think about the second day. Hampus Erikson’s Beheeyem deck in 2019 stands out as a deck that affected how some players thought about Day 2, but this does not always happen. 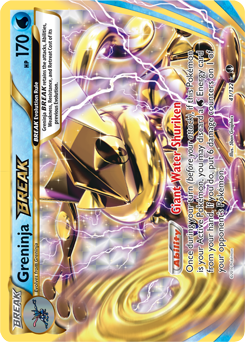 In general, there are two schools of thought for choosing one’s Day 2 deck if a player had to play through Day 1; the first line of thought is to just stick with what you played on Day 1, after all, it already worked once, right? In 2015, I went with this mentality and it, unfortunately, did not pan out too well, but for Jacob Van Wagner, things were very different. Jacob Van Wagner had a dominant performance with his Archie's Ace in the Hole / Blastoise deck on Day 1, so he ran it back on Day 2 and won the entire tournament! The other school of thought is to have a deck prepared for the second day (or maybe even make a brand new one the night before!). This strategy was particularly popular in 2016, 2017, and 2018 with Greninja BREAK decks. Many players felt that the Day 1 structure did not produce a favorable environment for Greninja BREAK between the inability to safely tie and generally aggressive metagames (such as the Vileplume infested 2016 Day 1 metagame). On the other hand, Day 2 allowed you to tie, requires you to do well over fewer total rounds (ideal for Greninja BREAK, which was infamously inconsistent), and has a bit less of a hostile metagame. Another case of switching decks comes from a somewhat famous instance in the Seniors division in 2015. Following Day 1, Colter Decker and Jeffrey Cheng, who were two of the best Seniors division players at the time, both decided that Donphan was a powerful option based on the Day 1 metagame and played it to a Top 4 and Finalist finish respectively.

Ultimately, the decision of what to play for Day 2 is one of the most difficult decisions that a World Championship competitor will have to face. This decision is made especially difficult thanks to the potential for a third day of Swiss rounds, meaning that the perfect play for the event has to not just be capable of winning a few rounds, but it has to be safe enough to advance to Day 3 while also being strong enough to take a player to the title of World Champion.

So what do I play?

With the history of the World Championships examined, I am sure you are now asking the ever-present question of “what do I play?” To be honest, I am not really sure. Decks like Origin Forme Palkia VSTAR / Inteleon and Arceus VSTAR / Inteleon are both clearly strong, but I do not think the decks are exactly on the level of being a World Champion deck either. On the other hand, Mewtwo V-UNION Stall seems like a deck that could very realistically win the tournament with its incredible matchup spread, but the event structure itself is a bit difficult to handle. If I was attending the event, I personally would probably play Mewtwo V-UNION Stall if I did not come up with something a bit more unique before the event, largely due to my personal comfort with the deck, but this is not the case for everyone.

In my testing, there has been one other deck that is pretty popular in the format that has started to do a bit better than I expected. Between the deck’s natural aggression, consistency, and power level, the deck seems to be in a great spot for the big event this weekend. That deck? Mew VMAX.