Hello everyone! This year’s World Championships are right around the corner, and I could not be more excited after the long covid break from major events. I don’t know what I’m going to play, but I have been testing with various off-meta decks to make sure I’m not missing anything. Although the meta decks right now are particularly strong, as I discussed in my last article, they will be the most played and most countered decks. If I can find something a little bit different that happens to be of the same caliber, I’d rather play that. Two decks so far have stood out to me. I’ve played and refined them quite a bit lately, so today I’ll spill the beans and discuss their strategies and matchups. 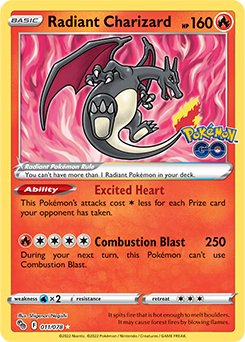 The first deck I’ll cover is Radiant Charizard toolbox. This deck is crazy strong but also complicated to play. It functions similarly to Galarian Moltres toolbox decks of the past, so it feels like a spiritual successor. This is one of the few decks where I believe there is one definitive way to play the list, with little room for adjustments.

The other deck is Ice Rider Calyrex VMAX with Bibarel, taking inspiration from the deck developed by Frank Percic, but with significant adjustments based on the developing meta. Ice Rider is a bit more straightforward than Radiant Charizard, and it too is extremely powerful (coincidentally doing the same amount of base damage). Ice Rider Calyrex VMAX is a deck that has many options and flexibility when it comes to building the list, which is completely opposite of Radiant Charizard.

This deck aims to set up a board full of Drizzile so that you always have the option to evolve into Inteleon, which lets the deck do whatever it wants each turn. This deck takes a bit of practice to play, as many turns require complicated combos while also thinking ahead and mapping out the rest of the game. Once your opponent takes two Prize cards, Radiant Charizard can start attacking easily thanks to Raihan and Twin Energy. Since Radiant Charizard is the main attacker, Hisuian Heavy Ball and multiple Ordinary Rod are included to ensure that you get to use it a few times.

In the early game, before Radiant Charizard starts attacking, this deck prioritizes setting up its ideal board state, and Sobble‘s Keep Calling and Snorlax‘s Gormandize are key parts of this. Occasionally, you can attack with Rowlet or Galarian Zapdos V before Radiant Charizard is able to start attacking. If you have an opportunity to take a quick Prize with Rowlet, especially against opposing Sobble, it’s often correct to do so. Although this initial attack puts you onto odd Prizes. this is better than the alternative of the opponent putting you onto odd Prizes later by attacking with their Aqua Bullet Inteleon. 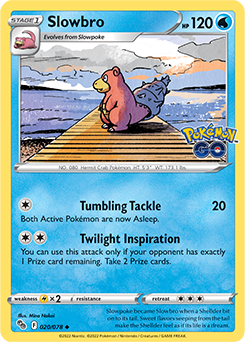 If your opponent is at two Prizes and you are at three or four, you can sometimes set up a checkmate with Radiant Charizard and Slowbro. Radiant Charizard can attack to put you down to two or one Prize, while Slowpoke sits on the Bench. If the opponent takes out Radiant Charizard, Slowbro can win the game by simply attacking. If they take out the Slowpoke, Charizard is left alive and threatens massive amounts of damage. You usually don’t want to play down the Slowpoke until the opponent is at two Prizes, because it is difficult to use if it gets KO’d in any other situation.

I’m not sure if you can cut Slowbro from the list. It is situational and clunky, but wildly powerful at the same time. If you do get rid of it, it opens up two deck spots. One of which has to be Klara for easy use of that late-game Radiant Charizard in Slowbro’s place.

Bibarel is required in this deck because of the prevalence of Roxanne in the meta. Roxanne would otherwise crush decks like this, but Bibarel completely solves the problem. It’s rather easy to set up Bibarel, and if the opponent opts to KO it, that means they are leaving the Radiant Charizard alive to happily collect more Prize cards.

Quick Shooting Inteleon and Galarian Zigzagoon are useful against Pokemon with more than 280 HP, such as Ice Rider Calyrex VMAX and Mewtwo V-UNION. They’re also good when Choice Belt is prized, or in some other random situations. Rowlet with Galarian Zigzagoon can KO Bidoof as well! Manaphy is useless in most matchups but is unfortunately required against Origin Forme Palkia VSTAR or anything that can attack with Radiant Greninja.

Two Ordinary Rod are needed as you often need to attack with three Radiant Charizard. You also can’t afford to prize all of them, which makes playing one copy risky. Tool Scrapper is a necessary counter to Tool Jammer and Big Charm.

The Stadium cards are required to bump opposing Path to the Peak, as that card locks out Radiant Charizard and Galarian Zapdos V. Magma Basin is more powerful and less likely to help the opponent, but Training Court is far more versatile and gets used more overall as a result.

Water Energy is included because Aqua Bullet is often useful, and it’s one of the few attacks we can actually use against Flying Pikachu VMAX. Slowpoke’s Ideal Fishing Day attack requires Water Energy too, and it is quite useful against Mewtwo V-UNION stall.