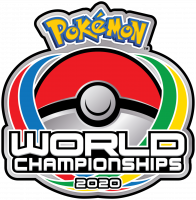 Contrary to what fans were expecting, news for Scarlet & Violet and its cards will be revealed on Sunday during the closing ceremony of Worlds! The ceremony will take place at 4 PM London time, which is at 8 AM in California.

The Worlds website previously revealed we would see the first Scarlet & Violet cards at Worlds.

I’m at Worlds and will report the news on Sunday as soon as it’s made — stay tuned!

You can find the streaming schedule for Worlds in this news story.

Worlds 2016 was the first event that made a spectacle of TCG announcements, something fans like myself had wanted TPCi to do for years. At this Worlds they unveiled the Pokemon-GX mechanic with the partial reveals of Solgaleo-GX and Lunala-GX. At the time, the cards were missing their HP, Stage, and attack costs to disguise the fact they are evolutions, a first for Legendary Pokemon in the franchise.

Worlds 2017 saw the full reveals of the first Ultra Beast GX cards. Following the event, the official websites also revealed a few more of them.

At Worlds 2019 (the last one before civilization went to hell), TPCi announced the Pokemon V mechanic with the reveals of Zacian V and Zamazenta V. The card types and attack costs were hidden so as to not spoil they are Steel-type Pokemon in the games, which was unrevealed at the time. The announcement also teased a blank 330 HP card. Zamazenta’s Ability named the mechanic (Pokemon VMAX), though you could just barely see it in the teaser trailer.

Obviously this year’s event will reveal the new mechanic for the Scarlet & Violet era. It will probably be inspired by the Terastal phenomenon and Pokemon types.