At the closing ceremonies of the 2022 Pokemon World Championships, Pokemon officially revealed more information about Pokemon Scarlet and Pokemon Violet, which release November 18th worldwide. They revealed Cyclizar, a Dragon/Normal type Pokemon, and more about the competitive aspects of the new games. 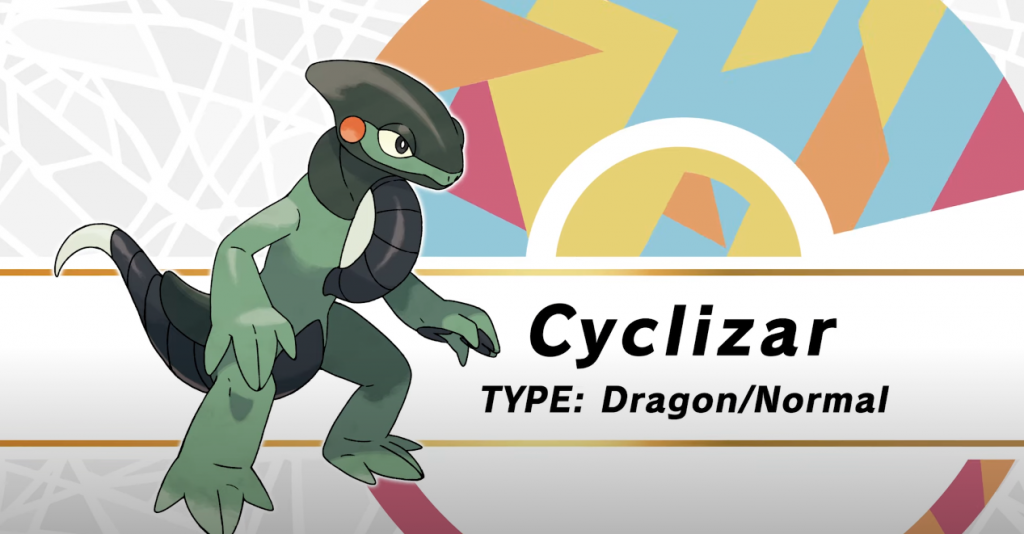 Covert Cloak
This hooded cloak conceals the holder, protecting it from the additional effects of moves.

Shed Tail
Create a substitute, then swap places with a party Pokemon in waiting.

Tera Blast
Changes type when the user has Terastallized.