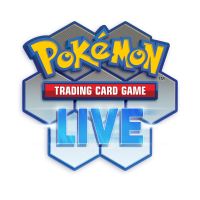 Today marked the beta launch of PTCG Live, the upcoming replacement for PTCGO! Currently it is only available to Canadian users, but it will get a full launch later this year.

With today’s launch, fans are learning just how easy it will be to obtain the cards needed for a deck.

Like in PTCGO, you only need up to four copies of a card to build decks. (You can use those same cards in multiple deck lists.)

In PTCGO, if you needed cards you didn’t have, you either needed to pull them from virtual booster packs or trade with other users. But like in real life, there was a small selection of desirable cards players wanted — and no need for junk commons that everyone already owned. This created a high barrier of entry to access the meta cards needed for decks.

In PTCG Live, you still open virtual packs of course. But instead of trading with other users, you now “shop” for cards directly from the game itself. There is no trading. Once you obtain four copies of a card in your collection, any additional copies of that card are automatically converted into in-game “credits.” You then use those credits to buy any card you want from the game itself. This eliminates all the junk cards from your collection and makes them worth something.

What we are learning today is how affordable the “economy” of the game is. The cost of a card will be based on its rarity. So far, it seems a card is converted to credits at a 1:3 to 1:5 ratio in comparison to its purchase value.

As you can surmise, your credits will quickly add up as you open booster packs. You will be able to purchase any card that can be played, including even Tropical Beach! PTCGL will make the Pokemon TCG incredibly accessible to all players, regardless of their collections.

Players can also earn more credits through in-game activities, including the Battle Pass and daily quests.

Also revealed today is that each account will automatically get eight pre-constructed decks.

For more information about Pokemon TCG Live, check out this news story with all the announcement details.